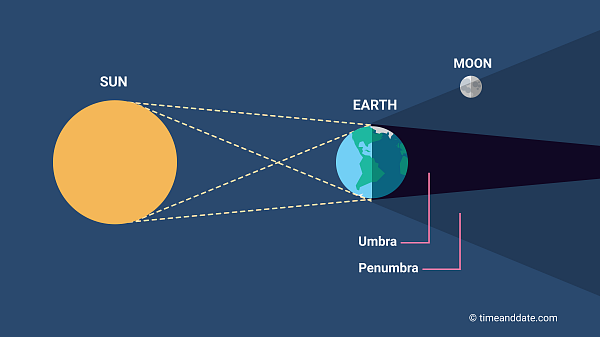 People in Oman can watch astronomical phenomenon of penumbral lunar eclipse in Oman on Friday night. However, this kind of eclipse is often difficult to tell apart from a normal full Moon.

Omani Astronomical Society said that the people in Oman will witness on June 5 the penumbral lunar eclipse between 9:45 pm and 1.04am early on Saturday.

A lunar eclipse happens when the Earth comes between the sun and the moon and blocks some or all of the sun’s light from reaching the moon.

A penumbral lunar eclipse occurs when the sun, Earth, and the moon are imperfectly aligned. When this happens, the Earth blocks some of the Sun’s light from directly reaching the moon’s surface and covers all or part of the Moon with the outer part of its shadow, also known as the penumbra.

Since the penumbra is much fainter than the dark core of the Earth’s shadow, the umbra, a penumbral eclipse of the Moon is often difficult to tell apart from a normal full moon.

Oman will also witness a rare astronomical phenomenon – an annular solar eclipse – on June 21, which will take place again only after 83 years.

The sultanate’s location makes it one of the best places in the Arab world to witness one of the rarest natural phenomena worth observing and photographing.

The annular solar eclipse, also termed ‘ring of fire’, will be visible across many main cities in the Governerates of Muscat, Dakhiliyah, North Sharqiyah and Dhahirah. Observers can also follow a partial eclipse from other locations in the rest of the country.