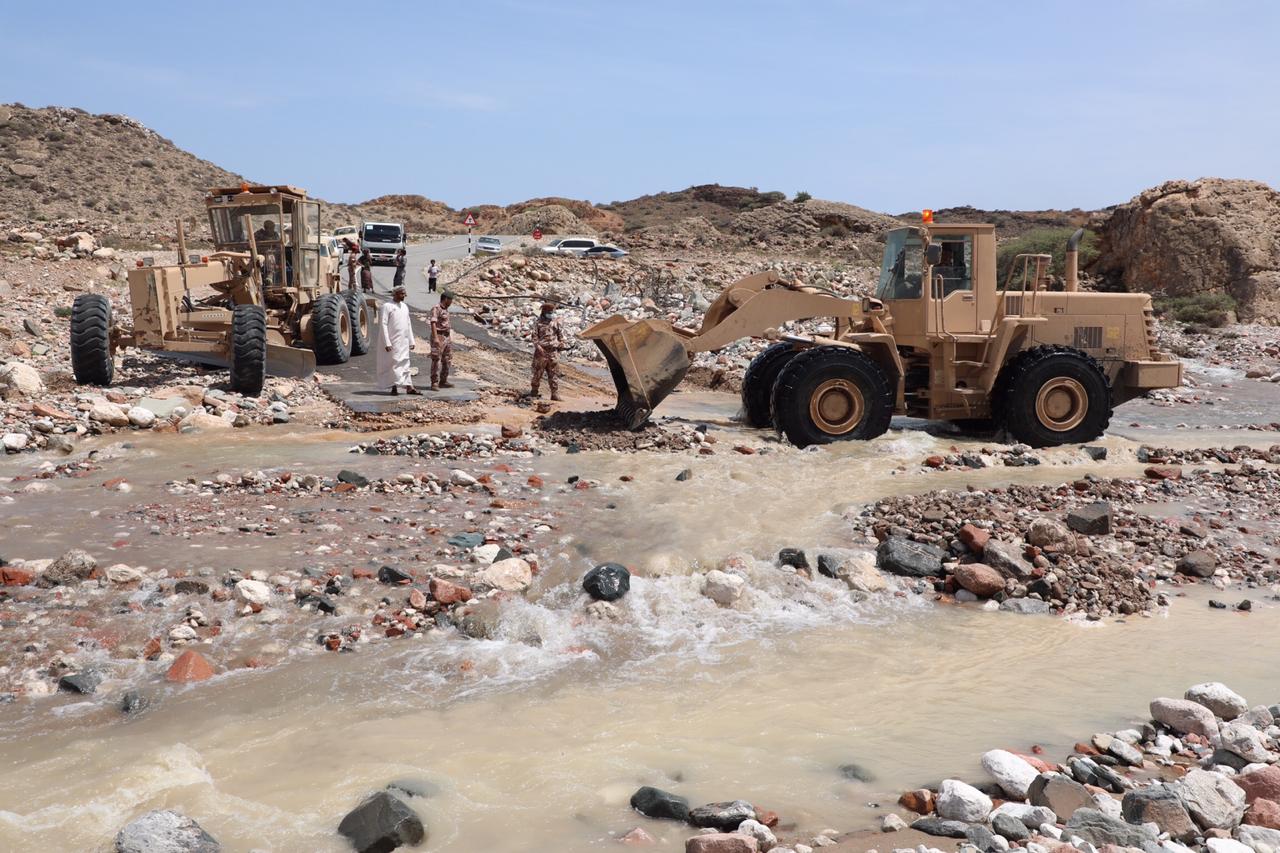 The municipal machinery along with the support of security services and the Ministry of Defence has undertaken massive operations to bring back normalcy to Dhofar government in the aftermath of torrential rains.

The tropical depression had unleashed a fury over the governorate with more than four years of rain in five days, sweeping away roads and disrupting power and water lines.

Eng Ahmed bin Mohammed al Rowas, director general of the Directorate General of Water, Dhofar Governorate, said that Salalah Water Network had been fully restored and that it is operating at 100% capacity.

He added that the directorate is pressing ahead with its programme to restore water supply service in other wilayats in the aftermath of the tropical weather disturbance.

He pointed out that the water supply line from Rakhyut to Shahab As’aib will be repaired after the water level subsides in the wadi, with arrangements in place to provide water tanks to meet the needs of the area. All water wells have been restored in the wilayat Rakhyut.

Eng Rowas said that water supply lines in the Wilayat of Dhalkhut suffered damage in five areas and that repair works have begun.

In the wilayats of Mirbat, which received a record breaking 1,055mm rain over five days, the authorities made great efforts to restore services to normal. Musllam bin Nasib al Shanfari, Wali of Dhalkut, said the concerted governmental efforts in coordination with the private sector, helped open roads for traffic and water pipelines were restored in the wilayat in good time.

A major timely support was provided by the Engineering Services of the Ministry of Defence, which provided its services in dealing with the after effects of the depression in Dhofar.

The Engineering Services repaired and restored the Mirbat – Sadah road, opened the Wadi Shilion road in the Wilayat of Sadah, reopened the roads in Soub region and the residential centres located between the valleys in Jowfa area, as these roads were damaged by the rains and overflowing wadis.

The Engineering Services also provided potable water tanks to mitigate the effects of the water outages in the Wilayat of Sadah.