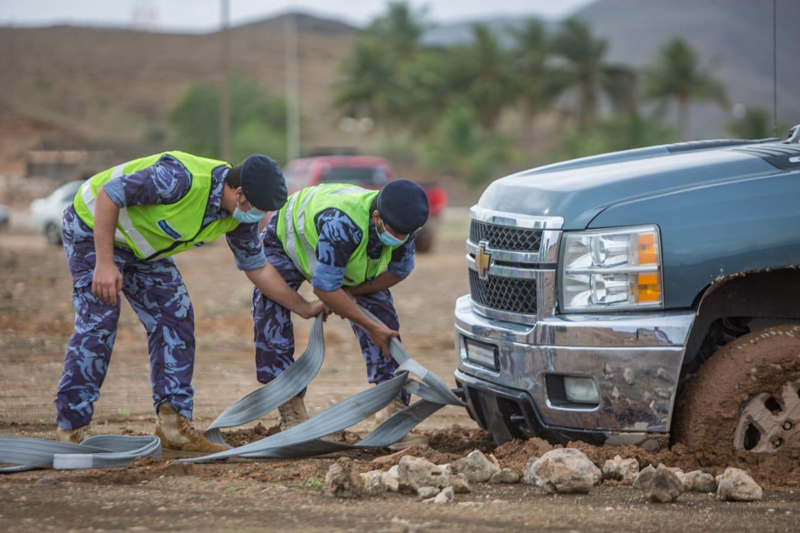 Brig Mohsin bin Ahmed al Abri, Commander of Dhofar Police Command, has said that the Emergency Cases Management Centre (ECMC) in the Governorate of Dhofar, which was put on a state of alert on the May 29 to follow up developments of the tropical condition that recently ravaged the governorate, has been exerting extensive efforts in handling the situation.

The ECMC had received more than 145 reports varying between people being stranded, vehicles washed away, roads damaged and fires breaking out in different places. ECMC teams of policemen, firefighters and first aid personnel acted in cooperation with all other departments concerned in addressing emergency cases, Brig Abri added.

As a result, more than 140 people were rescued and a number of vehicles were plucked after being inundated while some injured people were rushed to the Sultan Qaboos Hospital in Salalah.

Brig Abri further explained that the ECMC in Dhofar Governorate is a multi-specialty outfit comprising different military, security and other personnel specialised in tackling climatic conditions. The facility helped in the coordination and unification of efforts, with reports filed directly to the call centre being addressed promptly, he added.

Unfortunately two Omani citizens died when their vehicle was washed away while they negotiated a rumbling Wadi Arzat gorge. Search was still on for a third citizen whose vehicle was washed away by the Wadi Dhahboon flooding in the Wilayat of Thamrait, Brig Abri disclosed, adding, that one expatriate died during the tropical condition when the roof of the makeshift lodging he shared with many other Asian workers caved in. The incident had also left a number of workers injured.