Need an alternative to saliva for shining ball, says Bumrah 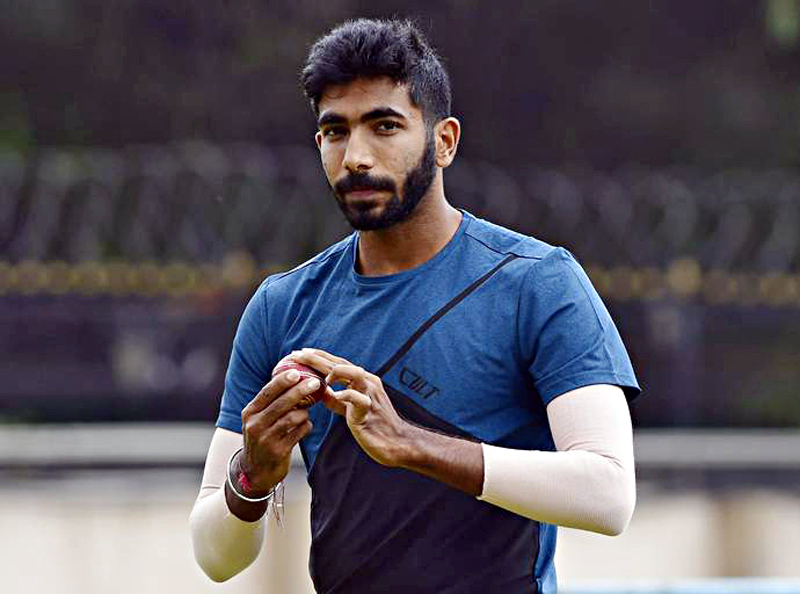 The latest ICC rule banning saliva to shine the ball makes it a challenge for the fast bowlers and the Indian pacer, like many former and current fast bowlers, feels the need for an alternative

Indian pace spearhead Jasprit Bumrah believes there should be an ‘alternative’ to saliva for fast bowlers as a means to shine the ball, once cricket resumes.

The ICC Cricket Committee, led by former India captain Anil Kumble, recently recommended a ban on using saliva on the ball as an interim measure to deal with the COVID-19 pandemic. However, the committee did not allow the use of artificial substances as a substitute move.

The new rule makes life tougher for the bowlers and Bumrah, like many former and current fast bowlers, feels there ought to be an alternative.

Speaking to Ian Bishop and Shaun Pollock on the ICC’s video series Inside Out, on the prospect of no saliva, high-fives or hugging, Bumrah said, “I was not much of a hugger anyway and not a high-five person as well, so that doesn’t trouble me a lot. The only thing that interests me is the saliva bit.”

“I don’t know what guidelines we’ll have to follow when we come back, but I feel there should be an alternative,” he added.

Bumrah said not being able to use saliva makes the game more batsman-friendly.

“If the ball is not well maintained, it’s difficult for the bowlers. The grounds are getting shorter and shorter, the wickets are becoming flatter and flatter.

“So we need something, some alternative for the bowlers to maintain the ball so that it can do something – maybe reverse in the end or conventional swing.”

When former West Indian pacer Bishop pointed out that the conditions have been favourable to the fast bowlers over the last couple of years, Bumrah nodded in agreement.

“In Test match cricket, yes. That is why it’s my favourite format, because we have something over there. But in one-day cricket and T20 cricket… one-day cricket there are two new balls, so it hardly reverses at the end.

“We played in New Zealand, the ground (boundary) was 50 metres. So even if you are not looking to hit a six, it will go for six. In Test matches I have no problem, I’m very happy with the way things are going.”

“This is what I tell batsmen all the time. In one-day cricket, when did the ball reverse last, I don’t know. Nowadays the new ball doesn’t swing a lot as well. So whenever I see batsmen say the ball is swinging or seaming and that is why I got out – the ball is supposed to do that.

“Because it doesn’t happen so much in the other formats, it’s a new thing for the batsmen when the ball is swinging or seaming,” said the 26 year old, who made his debut for while playing against Australia in 2016.

The Ahmedabad-born pacer finds himself in an unusual position as he has not bowled for over two months due to the lockdown imposed in the wake of the coronavirus outbreak.

When India will play next is not clear yet and Bumrah said he is not sure about how his body will hold up when he returns to action.

“I really don’t know how your body reacts when you don’t bowl for two months, three months. I’m trying to keep up with training so that as soon as the grounds open up, the body is in decent shape.

“I’ve been training almost six days a week but I’ve not bowled for a long period of time so I don’t know how the body will react when I bowl the first ball.

“I’m looking at it as a way to renew your own body. We’ll never get such a break again, so even if you have a small niggle here and there, you can be a refreshed person when you come back. You can prolong your career,” he said.

Bumrah has risen rapidly in international cricket despite experts having reservations about his longevity due to his unorthodox action.

Bumrah says his short run-up is a product of his youth when playing backyard cricket gave him little space to build up a head of steam but his approach allows him to bowl long spells in Tests without compromising on speed.

The right-arm quick consistently bowls above 140kph despite his relatively brief run-up, and batsmen find him particularly tricky because of his unorthodox sling-arm action.

“The run-up is because of playing in the backyard,” he said.

“We didn’t have a lot of space when I used to play as a child. This was the longest run-up you could have, so maybe that could be a reason.

“I’ve tried a longer run-up and nothing changes – the speed is still the same. So why run so much?”

It comes especially handy in Test matches, he said.

“When I’m bowling my fourth spell, fifth spell, I’m relatively more fresh than the bowlers who play with me and have a longer run-up. This was my theory.

“This is not the best thing I should say but I am bowling quicker than them in my fourth spell as well. So I think I should stick to it.

“If I have some physical difficulty and if it’s giving me some trouble, then I’ll find solutions. But if it’s not broken, why fix it?”, he said.