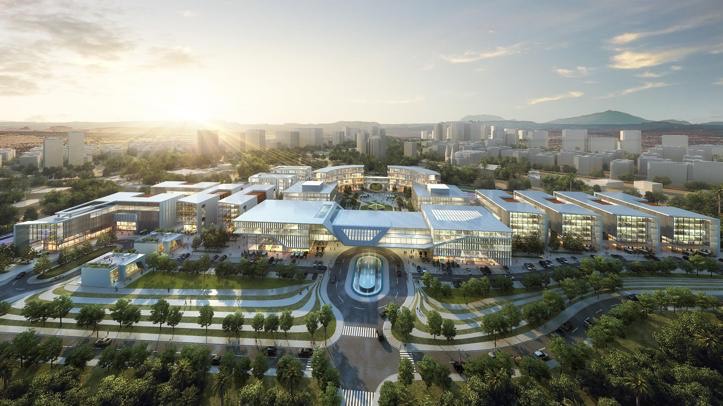 The spread of COVID-19 pandemic has not halted work at the Special Economic Zone Authority at Duqm (SEZAD). The authority is going ahead completing its infrastructure projects while focusing on implementing the precautionary measures to combat the coronavirus.

H E Yahya bin Said al Jabri, SEZAD Board Chairman, said that while the authority focuses on implementing the precautionary measures to combat the coronavirus, it went ahead with the implementation of its plan to complete the infrastructure projects for the zone, particularly Duqm Port.

He added that that the Duqm Port recorded high completion rate in various construction packages.

“During April, the liquid and bulk materials berth were received and the completion rate at the commercial berth reached more than 90 per cent.”

He said that SEZAD also floated a public bidding early this year for developing, managing and operating the Fishing Harbour. “This is done within its keenness to allow the specialised companies to manage this important facility and activate its gains for SEZAD, in particular, and the national economy, in general.”

The commercial berth is located along the main breakwater and it contains four stations, including two container terminals with a length of about 1600 metres, capable of handling 3.5 million standard containers annually, a station for dry bulk materials with a capacity of 5 million tonnes annually and a multi-use plant with a capacity of 800,000 tonnes annually. Around 37 buildings have been established, as well as a port operation area of one million sqm.

The authority handed over the completed parts of the commercial berth to Duqm Port Company which is responsible for unloading and loading various goods and equipment.

The 4.6 km oil industries berth is located in the area adjacent to the secondary breakwater. It has been prepared to export Duqm refinery products and other petrochemical industries projects. The berth is currently witnessing the construction of oil derivative tanks for the Duqm Refinery project.

The port this year received many giant cargo ships and battleships that docked on the commercial pier, most notably the shipments for the Duqm Refinery project, which included nine tanks of liquefied petroleum gas and varied equipment.

SEZAD statistics reflect a growing increase in investments in the zone. The volume of investment in the zone reached $14bn by the end of 2019, according to the usufruct agreements signed by the authority.

The zone in 2020 saw the signing of a number of new agreements, the most prominent of which is a usufruct agreement to create a business park called ‘Maysan Square Duqm’ that will be built in stages starting next year.

The project consists of 20 buildings that include a commercial complex comprising various shops, restaurants, cafes and offices. Also, Maysan Square Duqm includes usufruct units and others for rent, hotel apartments, a business hotel, entertainment places, other services and a multi-purpose hall. The total construction area is more than 122,000sqm.

The zone is located in the Wilayat of Duqm, about 550km from Muscat. It occupies an area of 2,000sqkm.

The Special Economic Zone Authority at Duqm (SEZAD) offers many incentives to investors that include tax and customs exemptions and up to 99-year land usufruct, in addition to the facilities and services provided by SEZAD One-Stop Station, which is considered the investment gateway in the zone as it issues various permits for commercial, industrial, tourism and real estate activities and logistics.