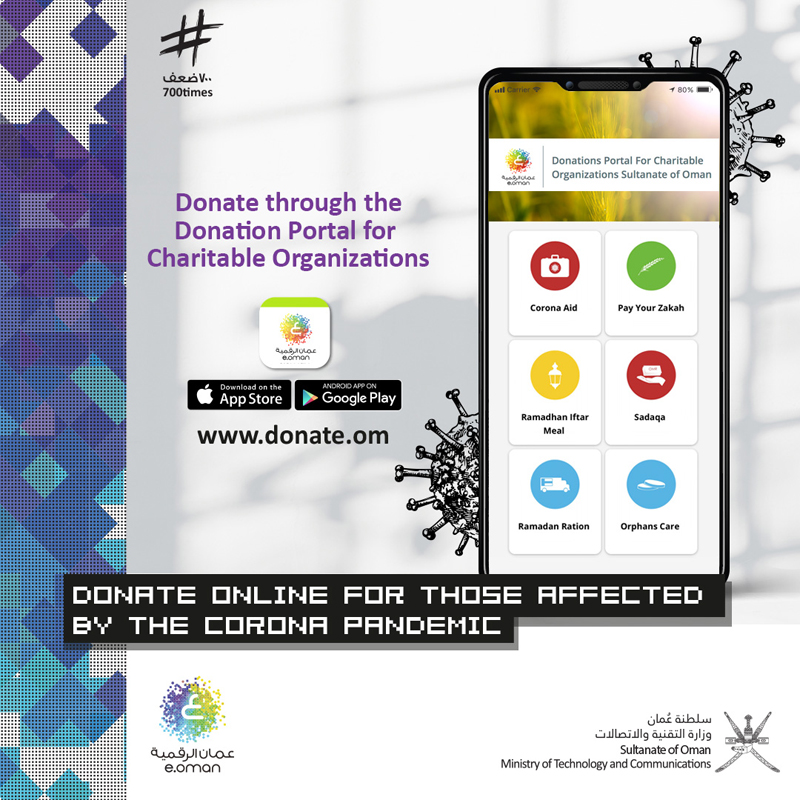 The sultanate’s one-stop donations portal (donate.om) has raised more than OR1.17mn in the holy month of Ramadan, an amount usually collected in a calendar year. This is also the highest amount donated on the portal in Ramadan since it was launched in 2009.

The COVID-19 pandemic may have brought about unforseen economic situation for Oman, but it has not dampened the spirit of giving among the people in the sultanate.

The extraordinary situation has brought about unprecedented collection as it was the first time in 2019 that the portal collected about RO1mn for the year. In the years before 2019, the portal used to collect a little over half a million riyals annually.

The promotion this Ramadan was run under the theme of ‘700 times’ by the Ministry of Technology and Communications (MTC), which aimed to encourage online giving through the portal.

The portal, which is managed by MTC, includes 31 charitable organisations that serve a number of charity areas, including motherhood and childhood, environment, zakat and charity, building mosques and Quran schools, in addition to social care for people with special needs, orphans, the sick and families with low incomes.

This year, the portal features a number of accounts for some charitable organisations that collect donations to help those affected by the coronavirus pandemic, especially employees and small business owners whose activities have been suspended temporarily as part of the measures to address the spread of the virus.