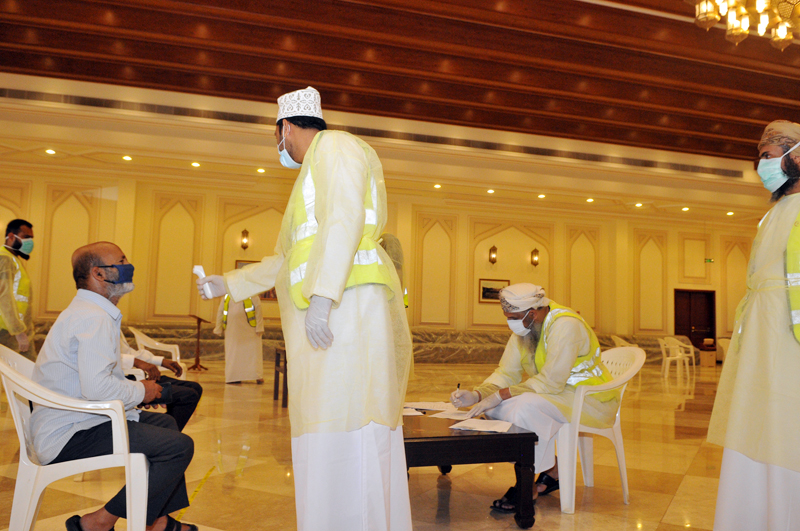 The COVID-19 situation turned grimmer in Oman in the last 10 days with the registration over 5,000 new cases, taking the total to 11,437 on Sunday. The fear is that with the easing of restrictions, there might be a further increase in new cases.

While the country has seen a steady rise in new cases of COVID-19, H E Dr Ahmed bin Mohammed al Sa’eedi, Minister of Health, said on Saturday that the number of cases are expected to increase further.

“We have noticed that there were gatherings during last half of Ramadan as most people did not abide by the stay-home orders. This is one of the reasons (for the increase). The other reason is the rise in number of testings. So far, we have conducted more than 97,000 tests. Yet another reason is a big number of infections among the labour camps,” he said.

According to the minister, the numbers may increase further and the call for more vigilance is high on the agenda as the country slowly reopens. “We expect an increase in COVID-19 cases in the coming days after Oman recently witnessed a spike in cases,” he said.

Officials, however, say that the rise in cases may not be directly related to the loosening of restrictions as the the new cases likely involve people who contracted the virus before the governorate began the first phase of its reopening plan.

According to the Ministry of Health’s Tarassud App, which monitors COVID-19 developments, 8,648 cases of all reported cases are in the Governorate of Muscat, while 787 cases are from South Batinah and 760 in North Batinah.

In Dakhliyah Governorate, there are 499 cases while South Sharqiyah accounts for another 283 cases and North Shariqiyah for 123. Furthermore, Dhahirah has 145 cases, and Buraimi 114. Dhofar has 28, Musandam 8, and Al Wusta 42.

Meanwhile, the number of deaths is also increasing. On Sunday, MoH announced the death of four people, raising the total number of casualties to 49.