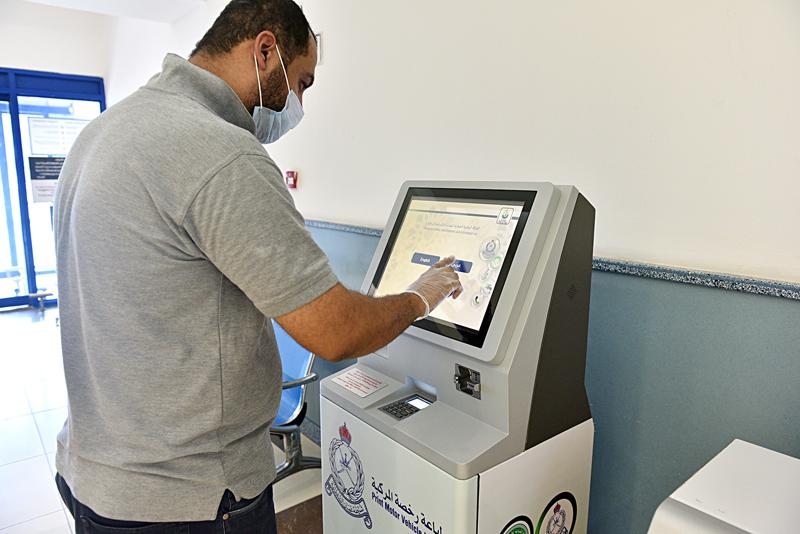 With all the services related to vehicle registrations suspended due to the continuing spread of COVID-19 in the sultanate, the Royal Oman Police (ROP) has announced the availability of self-service kiosks at various commercial outlets.

The ROP, with the support of Oman National Engineering and Investment Company and Omantel, has installed the machines for this purpose across governorates.

In a statement, ROP said, “In cooperation with ONEIC, self-service devices have been installed to print the vehicle licence at various locations.”

In South Sharqiyah, a kiosk is placed at the Omantel Gallery (Sur), in Dhahirah Governorate in Omantel Hall (Ibri), and in Nizwa Grand Mall in Dakhliyah Governorate.