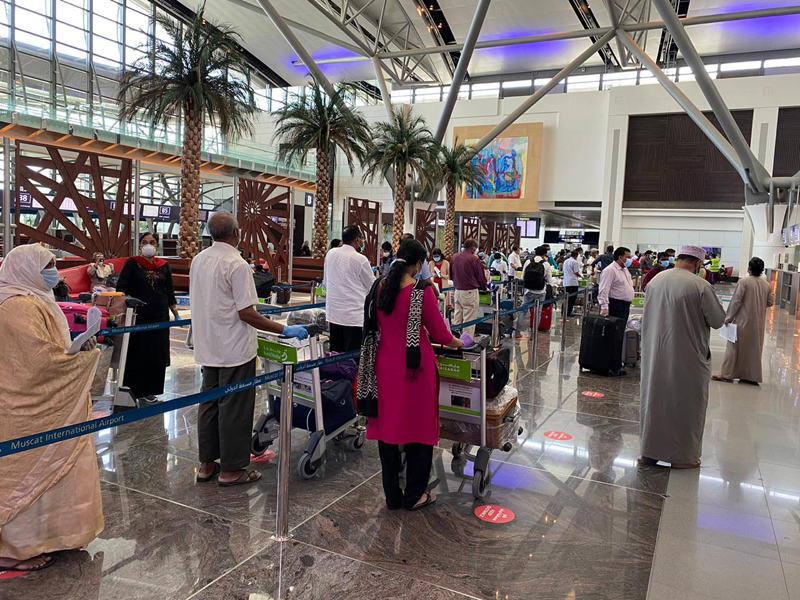 In order to facilitate return of stranded Indian nationals in Oman, the Government of India has decided to operate three more special flights to India during phase two of Mission Vande Bharat.

The Indian government had initially announced eight flights, four of them to the Indian state of Kerala – Trivandrum, Kochi, Kannur and one to Calicut from Salalah, besides others to Delhi, Bangalore, Hyderabad and Gaya all from Muscat.

The three additional flights include one to Calicut, Kannur and Trivandrum from Muscat on May 21, May 20 and May 23 respectively.

Meanwhile, passengers for the third repatriation flight from Oman to Trivandrum, India left from Muscat International Airport in the afternoon on Sunday. The Air India Express flight  – IX 554 – for Trivandrum had scheduled departure at 1.13 pm. The flight carried 177 passengers and six infants.

As in the previous cases, passenger lists for all the flights will be finalised by the Embassy on the basis of information received by it through the form which it disseminated on its website and social media.

Priority will be given to medical emergency cases, pregnant women, workers in distress, senior citizens as well as to other Indian nationals who are stranded in difficult situations. The embassy will be contacting the short-listed people for each flight directly through email/telephone.

The Embassy will also make further announcements relating to additional flights to India as and when these are scheduled.