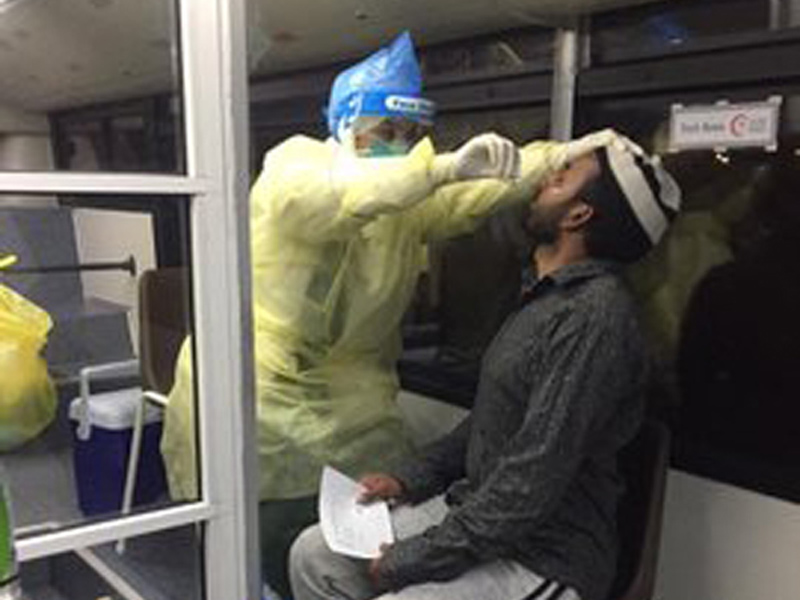 As Oman has reported a rising number of COVID-19 cases in the last four days, alarm bells are ringing with officials suspecting many more may carry the virus without knowing.

According to Dr Saif al Abri, director general of disease surveillance and control, Ministry of Health (MoH), against every COVID-19 infected person, there could be 20 more who are not yet discovered. “Most societies are still not exposed to this virus and therefore have no immunity to deal with it,” he said.

Dr Abri said, “There are two reasons for an observed increase in number of COVID-19 positive cases. The first is due to free screening, which has encouraged all to take the tests. The second deals with congested areas of residence of expatriate workers employed by companies that overcrowd labour camps,” he said.

“Providing free testing and treatment for all residents has prompted many of them to go to health institutions seeking medical services. This is evident in the numbers of the recent rise in infections,” he added.

Dr Abri also said that it was due to the failure of a few expatriates to comply by the guidelines, as well as the fault of some sponsors and firms that do not take their responsibility seriously to prevent the spread.

“Testimony to this is the case of the residence of 70 workers in a single house. The owner of the firm totally shrugged off his responsibility after epidemiological investigation indicated that one of the workers was infected,” he said.

Earlier, Dr Abri said some of the infected cases had ‘deliberately concealed’ details related to their jobs and workplaces which has led to the spread of more COVID-19 cases in the country.

“During investigation, some of the infected persons deliberately concealed information related to their jobs and workplaces. We later found out that some of their colleagues had caught the infection from them,” he said, adding, “There are cases of infection that have exceeded 30-50 in one family. This means, family gatherings  are continuing with a lack of commitment to social distancing.”