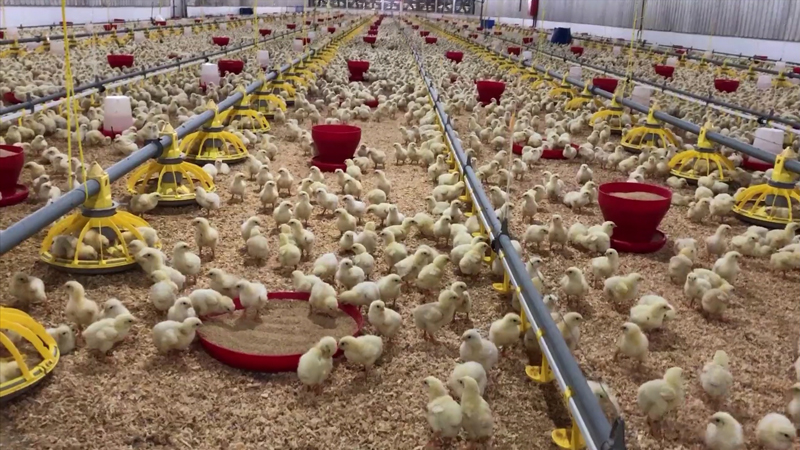 The poultry industry in the sultanate is ready to change gears and increase production in the likely shortfall arising due to the continuing COVID-19 crisis.

Poultry farming is considered as a vital economic activity that contributes towards achieving food security in the sultanate and providing food, including meat, eggs, as well as other products.

According to the Ministry of Agriculture and Fisheries, the sultanate’s production of broiler chickens in 2018 was estimated at 129,000tonnes, of which 54 per cent was consumed locally.
Eng.

Mohammed bin Suhail al Shanfari, CEO, A’Saffa Foods Company, said that his company has increased production capacity to counter the adverse effects of the spread of coronavirus on local markets.

“The company has the capability to raise its production capacity further to about 80,000 birds per day, which will help meet the local food sufficiency ratio of poultry meat.”

He said that the company was ready to provide all of its products in the local markets and ‘compensate for any shortage if it occurs in the coming period due to the global effects of the pandemic’.

“These stores will work at full storage capacity during the current period to ensure the flow of the products to the various governorates of the sultanate,” he said. Shanfari further said that the company has a good stock of raw materials, such as soy and corn used in the production of fodder to ensure continuity of production for the foreseeable future.

The sultanate is keen on the development of the poultry sector and is encouraging investment to achieve self-sufficiency in poultry products and in reducing the food gap in imports.

In this scheme, Governorate of Dhofar plays an important part as two companies – A’Saffa Foods and Dhofar Poultry – operate from there producing about 29,000tonnes of poultry annually.

Salim bin Taman al Ma’ashani, CEO of Dhofar Poultry Company, said the company is keen to meet the local demand for poultry products. He stressed the company’s commitment to implement the precautionary measures and steps approved by the Supreme Committee for COVID-19

He revealed that the company’s production in 2019 was around 8,000tonnes, with total sales to the tune of RO10mn. Ma’ashani added that Dhofar Poultry Company has a plan to implement the company’s third expansion, after which the total production volume will reach 100mn birds per year.

The company owns natural farms for raising the birds and has high health and biosecurity standards as it uses feeds made from natural grains that are free from any animal additives to ensure the provision of high-quality products.