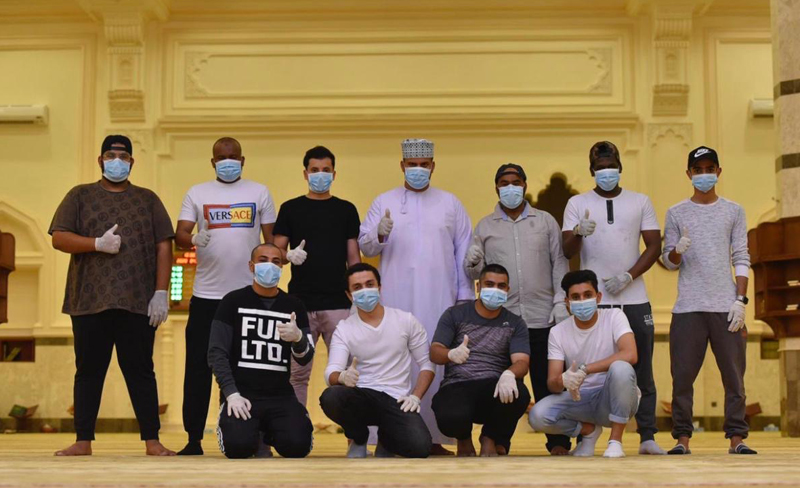 A group of volunteers has come together to clean and disinfect mosques in Sur, South Sharqiyah.

The group of 425 volunteers took eight days to clean 150 mosques in the wilayat. The call for the campaign, called ‘Wa anna almasajida lillahi’ Or ‘Mosques are for Allah’, was given through social media and was promptly responded to by youth in the wilayat.

In no time, 425 volunteers registered for the noble cause, utilising their free time for a higher good.

Speaking to Muscat Daily, Adel al Ghailani, one of the campaign members, said, “We started registration for the campaign three weeks ago. Around 420 youths immediately registered to volunteer with us.”

“The campaign started on April 27 and ended on May 4. We divided volunteers into several teams to sterilise 150 mosques across the wilayat of Sur. The aim was to disinfect mosques and help spread a culture of volunteerism among people in the society.”

Talking about preventive measures, he said, “We divided the volunteers into eight member teams, each member wore gloves and a mask. All the members followed the instructions and measures announced by the Ministry of Health.”