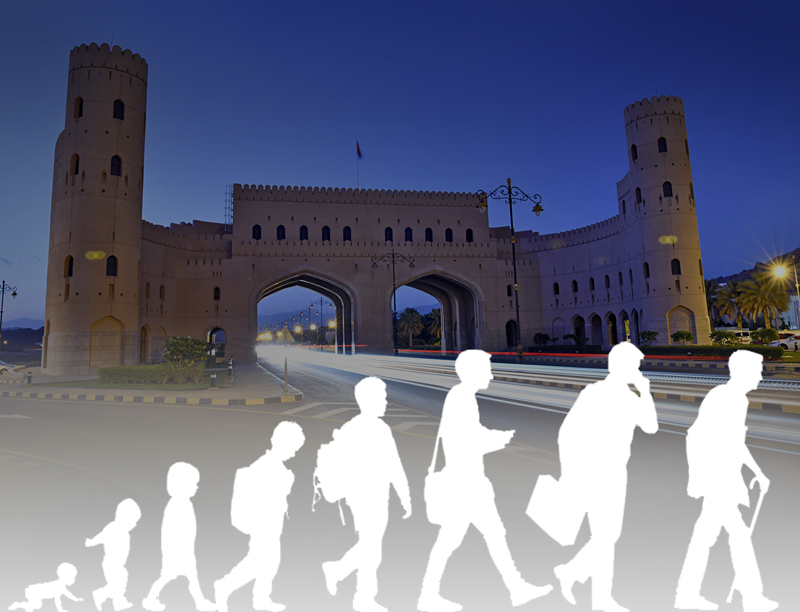 Oman has been ranked among top nations in United Nation’s Human Development Index (HDI) report for 2019. In the ranking, released by United Nations Development Programme (UNDP), Oman climbed one spot to be positioned 47th globally out of 189 countries.

Oman scored 0.834 in the HDI, valued between ‘0 and 1′, with an improvement in all the main parameters, according to the report published under the title, ‘Beyond income, beyond averages, beyond today: Inequalities in human development in the 21st century’. In 2010, this score was 0.793 and it has continued to rise since.

With regard to availability of resources necessary to achieve an adequate standard of living, the average gross national income per capita in Oman reached US$37,039 compared to US$36,290 in 2018, while the life expectancy at birth also showed an increase (77.6).

In terms of the average years of schooling, Oman achieved a remarkable HDI value of 9.7 compared to 9.5 in the 2018 report. The 2019 UNDP report put Oman on the second spot, after the UAE, in this ‘average of the years of schooling’ rank. Oman shares its rank with the Kingdom of Saudi Arabia and Qatar, he added.

“Oman also recorded noticeable improvement in the expected number of study years, achieving a score of 14.7 compared to 13.9 in 2018 while it has been considered the most improved Gulf country in the same index for 2019,” Qatbi said.

Qatbi pointed out that the report focuses on the issue of inequality in human development and added that it also analyses the inequality in three areas – beyond income, beyond averages, beyond today. The report recommends development policies that take into consideration investment in early childhood, throughout the life cycle, productivity, public expenditure and fair taxes.