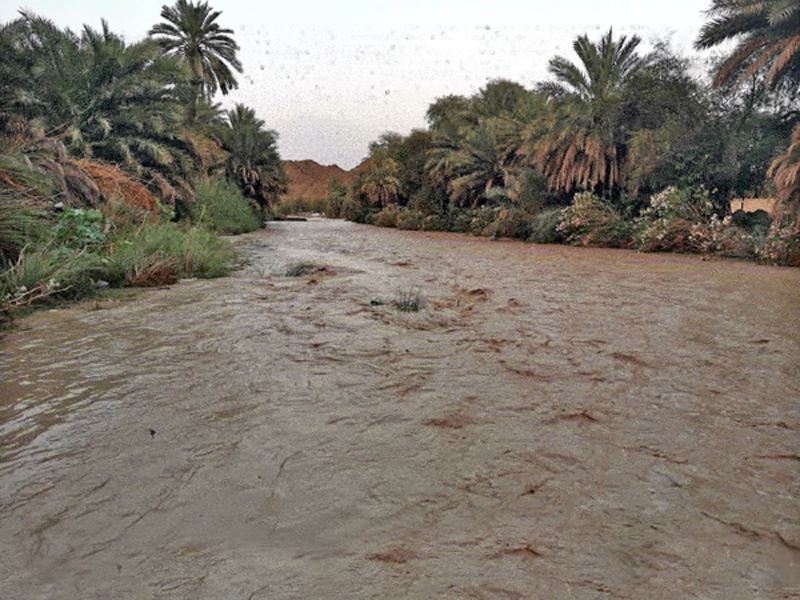 Many areas across several governorates, including Muscat, received light to moderate rainfall for the last two days with more rains expected, as a trough of low pressure continues to affect Oman till today (May 4).

The weather analysis of the National Multi Hazard Early Warning Centre had indicated of a trough of low pressure, named Al Brakat, affecting the sultanate till May 4. Heavy rainfall in the range of 30-50mm, accompanied by active winds, was also predicted for Dakhliya and South Batinah between 2pm and 8pm on Sunday.

Rains were reported in a number of governorates, including Muscat, South and North Batinah, Dakhliyah, Dhahira and North and South Sharqiyah, ranging from light to heavy, which led to the overflow of a number of wadis.

According to the Directorate General of Meteorology, mainly clear skies were expected on Monday over most of the sultanate. However, chances of convective clouds formation and occasional thunderstorms associated with strong winds and hail were likely over Al Hajar Mountains and adjoining willayat towards the evening.

The Public Authority for Civil Aviation advices all to take precautions during the rain, especially near overflowing wadis, and to check the visibility and sea state before sailing. It also urged people to follow the instruction of the Supreme Committee for Dealing with COVID-19 to stay home and never venture outside unless really necessary.