Businesses reopen amid call for caution 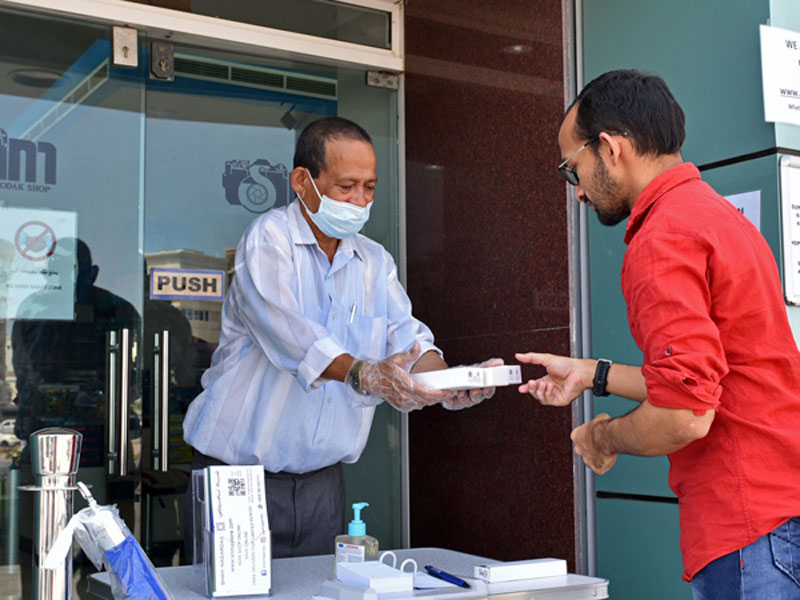 As many businesses reopened last week, the Ministry of Health (MoH) has expressed its concerns against compromising on health precautions and emphasised the need to follow all precautionary measures to avoid a second wave of infections.

“Thanks to the implementation of proper health precautions, the sultanate’s pandemic curve is quasi-flat. However, we caution against any compromise on health precautions when reopening business activities,”  Dr Saif bin Salim al Abri, director general of Disease Control and Surveillance at MoH, said.

According to Muscat Municipality, most of the re-opened activities are related to the automobile sector. “This is because vehicles are important to individuals and establishments, both in civil and military services. The conditions governing the opening of establishments relate directly to health and safety concerns,”Eng Issam bin Saud al Zadjali, chairman of Muscat Municipality, said.

A committee headed by the Minister of Health is discussing the conditions needed to achieve compliance of health precautions, Zadjali said, admitting that misinterpretation of the decision (of the Supreme Committee) was the reason behind the offences registered against some establishments which did not fully understand the decision.

The Ministry of Regional Municipalities and Water Resources (MRMWR) has reaffirmed the existence of a good level of coordination between government departments whose activities are partly opened. “I commend compliance with social distancing and full sterilisation in the permitted activities as indicative of cooperation and understanding,” said Eng Ali bin Mohammed al Abri, undersecretary at MRMWR.

Meanwhile, Brig Hassan bin Ali al Mujaini, head of Public Morale, Ministry of Defence, said that the lockdown of Muscat Governorate was still on and  based on the situation assessed by the MoH, which may change later.

“The assessment of the situation in any governorate depends on health reports according to which checkpoints are set up, if necessary. Medical crew have a special status when moving between governorates,” he said.

Brig Mujaini also disclosed that some patients deliberately concealed epidemic investigation information, especially where it related to their jobs and workplaces. “Unfortunately, we discovered that some others got the infection from those places,” he added.