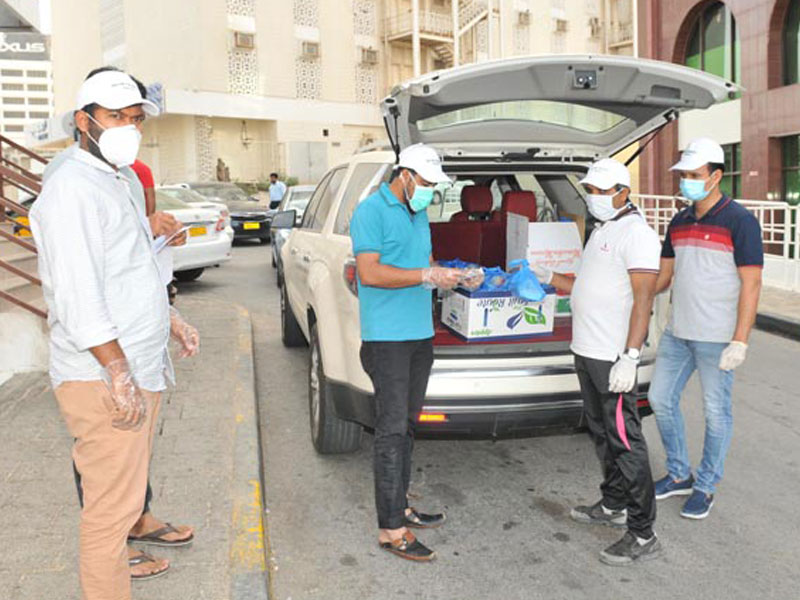 In the absence of community iftar due to social distancing, an Indian NGO operating in Muscat has come to the rescue of many low-income people.

During the month of Ramadan, Kerala Muslim Cultural Centre (KMCC) – Ruwi Unit delivers iftar kits daily. Ruwi KMCC has been a great relief to hundreds of low-income people in the absence of community iftar in mosques due to the fear of COVID-19.

Usually thousands of low-income Malayalees and others depend on iftars in mosques and other places. With COVID-19 forcing people indoors without jobs and proper income, the move of Ruwi KMCC is all the more important.

On the first day of Ramadan, the group delivered 100 iftar kits and by the third day they reached more than 500 people.

Amir Kavannur, leader of the group, said in a few days they hope to give away 1,000 kits. The kits include water, dates, fruits and biryani.

Those who need food can send their phone number and place of residence through WhatsApp to get the iftar kit  delivered in the evening.

The food is served mainly to bachelors who live in Ruwi High Street, Wadi Kabir and MBD areas. The packing begins at afternoon and completed by the Azhar prayer, followed by the delivery through more than 20 volunteers, Kavannur said.

If the entry barrier in some parts of Muscat changes, the distribution of the kit will be extended to other areas too. The group also plans to add more food items in iftar kit.

Earlier, Ruwi KMCC distributed provisions in various parts of Muscat. The kits were distributed among those who were struggling due to lack of direct employment; many people benefited from it. The programme is being led by Rafeeq Srikandapuram, Mohammed Vanimel and Abdullah Parakkadavu.