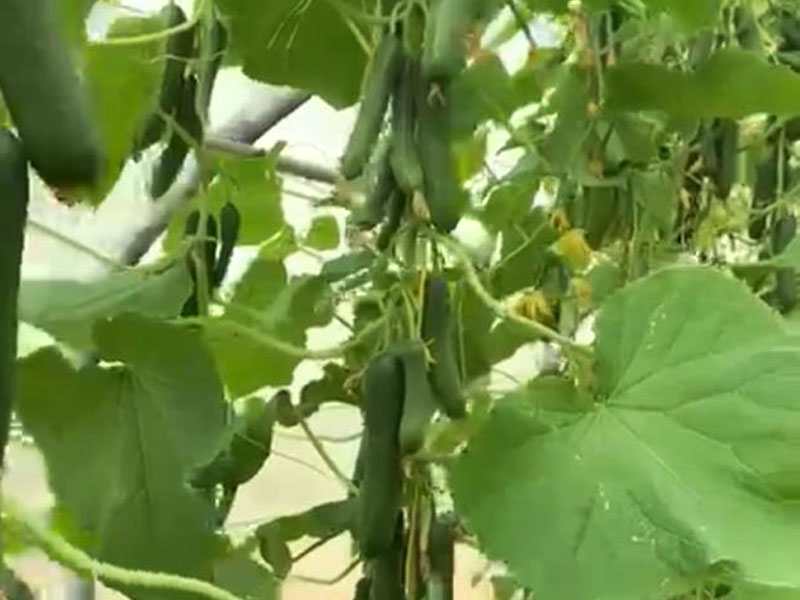 Farming in the desert is a challenge, but two Omanis who focused on achieving their goals have successfully overcome the odds while producing 180 tonnes of cucumber per month. They started with 15 greenhouses to produce cucumbers and now have a total of 62 helping them cultivate for almost eight months a year.

Hamyar Khamis al Rawahi, from Wadi Andam in the wilayat of Mudhaibi in North Sharqiyah started the project along with his partner, Hatim bin Sulaiman bin Hamood al Rawahi.

Speaking to Muscat Daily , Hamyar said, “We started farming in 2017. We began with 15 greenhouses for cucumber and have set up 62 greenhouses so far. We cultivate cucumber for eight months a year and daily produce around 6 to 9 tonnes. We supply to local markets and also send our produce to neighbouring countries.”

The outbreak of coronavirus has affected the farmers who find it difficult to sell the produce.

“The Ministry of Commerce and Industry has helped market our produce in some major commercial centres, but we need more support. Importing vegetables from some countries also affect us,” he said.

Hamyar added, “We seek to promote our produce by communicating with various commercial centers and also we sell it in the vegetable and fruit market in Mawaleh.

“We urge citizens and residents to purchase Omani products, especially vegetables and fruits.”

Hamad al Hinai, an Omani investor from Wadi Quraiyat in the wilayat of Bahla in Dakhliyah has succeeded in cultivating watermelon on ten acres land.

Hinai said, “I started farming a few years ago and started growing on one acre; now I am doing the same on ten acres.”

Hinai said the Ministry of Agriculture and Fisheries has played an important role in the success of his cultivation.

“The ministry provided us with an integrated programme helping us in choosing arable land and equipping it with a modern irrigation network using organic fertilisers.”