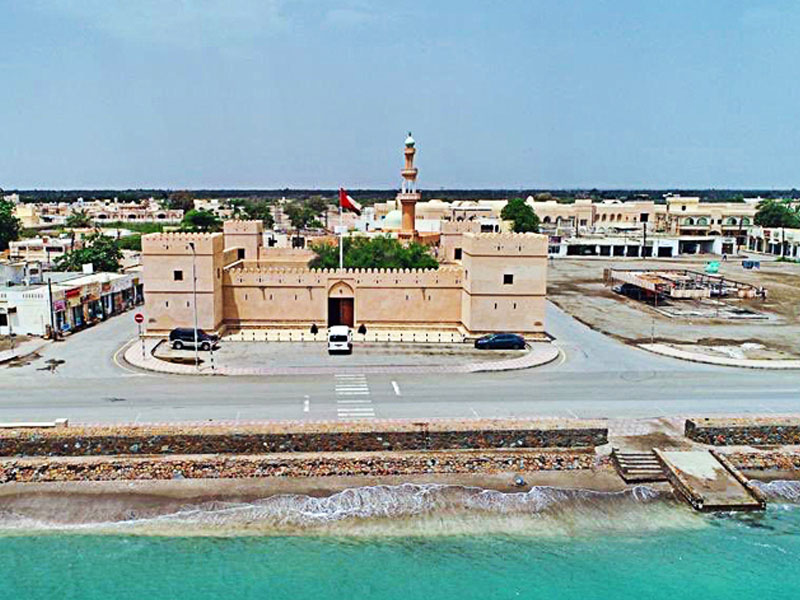 The Ministry of Heritage and Culture (MHC) announced the completion of the restoration of Saham Fort in North Batinah and said that work at Al Hazm Castle is in the advanced stages.

“Maintenance and restoration work is in its advanced stages at Al Hazm Castle. The ministry continues to restore and maintain castles, forts that are distinguished by architectural diversity.”

Al Hazm Castle, which is located in the wilayat of Rustaq in South Batinah, is an  Islamic architectural masterpiece, as it does not contain any ceiling rafters. Roofs are held up by columns. The width of each wall is not less than three metres.

The castle, with its fortified towers and canon openings in the upper storeys, is built so that its various huge entrances are not opposite each other.

Al Hazm Castle has colossal wooden doors equipped with receptacles for pouring boiling oil or date honey. Meanwhile, as many as 366,360 visited forts and castles in Oman until the end of 2018 compared to 319,163 in 2017, registering an increase of 14.8 per cent,according to the statistics of the Ministry of Tourism (MoT).

Of these 251,080 were tourists from different countries. MoT said that 23,397 school students visited forts and castles last year while the number of visitors under the age of 12 stood at 27,991.