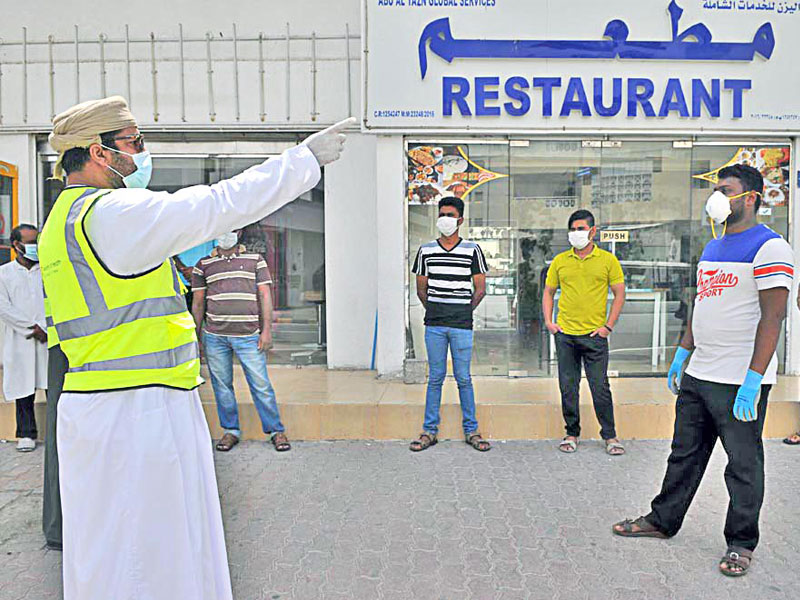 As Oman is likely to see 500 cases a day during the peak of the virus outbreak by the end of month, authorities are leaving no stone unturned to explore all measures to limit COVID-19’s impact on social and economic sectors.

Dr Ahmed bin Mohammed bin Obaid al Sa’eedi, Minister of Health, on Thursday said the sultanate is expecting 500 cases a day during the peak of the coronavirus outbreak (April 23-30).  “During the peak of the COVID-19 outbreak, we expect 500 cases a day of which 150 are likely to require intensive care. However, if we take extra care to contain this pandemic, we can minimise the numbers,” he said.

To limit the damage to the economy, the executive president of the Central Bank of Oman (CBO), Tahir bin Salem al Amri, said the banking sector in the sultanate is able to face the current situation as banks’ capital reserves are in good shape.

“As announced earlier, an amount of RO8bn was not pumped into the banking sector, but banks were allowed to benefit from the amount with certain regulations,” said Amri.  He however clarified that the banks do not agree with delaying loan repayments of each and every bank customer.  “As there are many who are not affected, banks have been told to verify such cases before implementation,” Amri said.

On the economic impact, Eng Ahmed bin Hassan al Dheeb, Undersecretary in the Ministry of Commerce and Industry, said, “We cannot predict or give a certain estimate about the volume of losses to the Omani economy.

However, the losses will not be significant, thanks to the great cooperation between the government and society.” And to minimise the damage to the labour force, Sheikh Abdullah bin Nasser al Bakri, Minister of Manpower, said his ministry is coordinating with the private sector to minimise damage to the labour sector.  “The responsibility is shared between employers and employees. We praise the positive dialogue between the parties concerned, employers and workers. We urge employers not to reduce wages unless they use all other means, including negotiation with the workers,” he said.

Bakri explained that the generous contribution of His Majesty Sultan Haitham bin Tarik has been deposited and that it will be utilised, along with any added funds, to support Omani private sector employees whose services have been terminated.

The Job Security Fund, whose articles of association are being drafted, will be located in the Public Authority for Social Insurance. To support the private sector, Qais bin Mohammed al Yousef, chairman of Oman Chamber of Commerce and Industry (OCCI), reaffirmed that the package of incentives issued by the Supreme Committee responds positively to the aspirations of the private sector.

He added that OCCI undertook similar measures, including its contribution to the Job Security Fund.