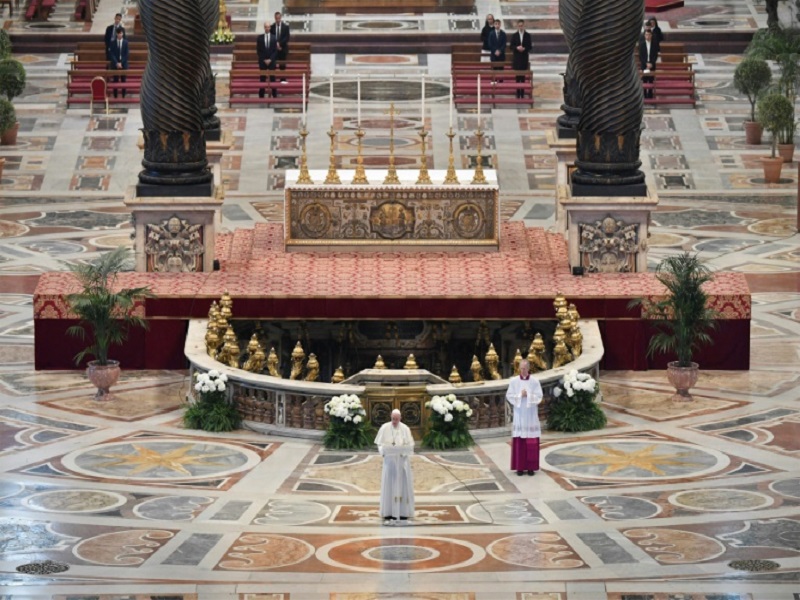 Rome, Italy – Billions around the world celebrated Easter Sunday from lockdown at home as the pope urged solidarity to fight the coronavirus pandemic and the European death toll from the virus topped 75,000.

Unprecedented scenes of empty churches emerged from Italy to Panama and the Philippines, as religious leaders found creative ways to address parishioners marking the holiday weekend from the confines of their homes.

More than half the world — over four billion people — are in lockdown worldwide as governments scramble to halt the pandemic’s deadly march across the globe.

The death toll from the virus soared past 109,000 this weekend, with more than 1.7 million reported infections globally.

Europe is by far the hardest-hit continent and on Sunday marked a grave milestone with more than 75,000 dead, according to an AFP tally.

The United States was quickly emerging as a hotspot as well, and on Saturday marked its own grim landmark: more than 20,000 dead, out of around half a million infected.

The US now has the highest death toll and the most cases out of any country in the world.

Speaking from a near-empty Saint Paul’s Cathedral, Pope Francis’ Easter Sunday message was largely focused on the pandemic, offering prayers for the ill and urging a united European front to fight the pandemic.

As virus-tinged Easter celebrations were held worldwide, leaders in some hard-hit countries expressed cautious optimism the number of deaths and infections could be starting to peak.

And though Italy was nearing the 20,000 dead mark, its daily death toll and rate of new infections has started to level off.

In France, newly reported coronavirus deaths fell by one-third from Friday to 635 on Saturday.

“A very high plateau for the epidemic appears to have been reached, but the epidemic remains very active,” said French health official Jerome Salomon, urging people to remain vigilant.

In the United States, New Orleans and hardest hit New York saw a slowdown in the number of new infections, deaths and hospitalisations, offer a shred of hope.

Trump said this past week that the disease was near its peak in the US and he was considering ways to re-open the world’s biggest economy as soon as possible.

“We look like we’ll be coming in on the very, very low side, below the lowest side of the curve of death,” Trump said in an interview with Fox News.