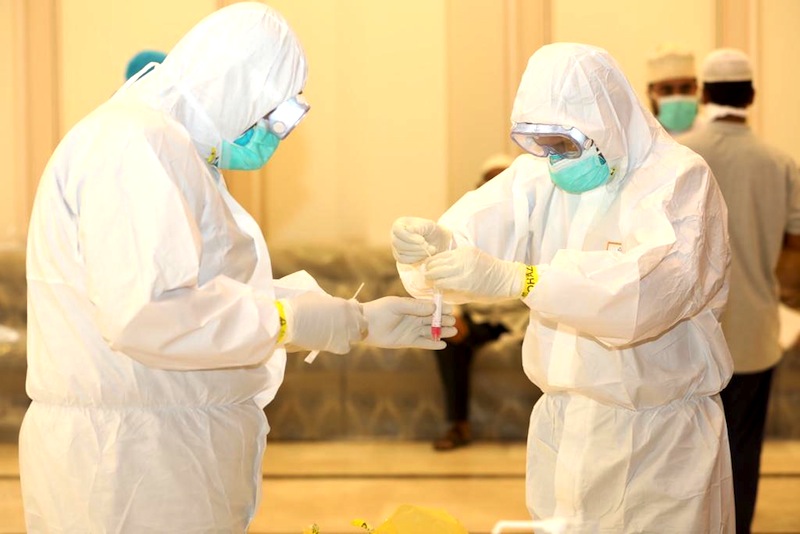 The Ministry of Health (MoH) on Saturday announced registration of a record 62 Novel Coronavirus (COVID-19) cases, bringing the total to 546 including three deaths.

The Sultan’s Armed Forces are supporting the efforts to tackle COVID-19. As part of this initiative, a Royal Navy of Oman (RNO) vessel transported fuel tankers to Musandam governorate.

Muscat Municipality has said that its teams visited 405 establishments and registered four violations. It said that the disinfection process in the wilayat of Quriyat in Muscat lasted for 13 days last month.

The Ministry of Sports Affairs has urged people to exercise at home to remain fit. It called on people to visit its website and watch a short video on home exercises.

The Ministry of Commerce and Industry (MoCI) has urged users to book cylinder on Awan Gas app. The company can be reached at 91777284.  Goods available MoCI has said that a team has been formed to work round-the-clock to ensure availability of goods. ‘All types of goods are available at outlets selling food items in Muscat and other governorates.’