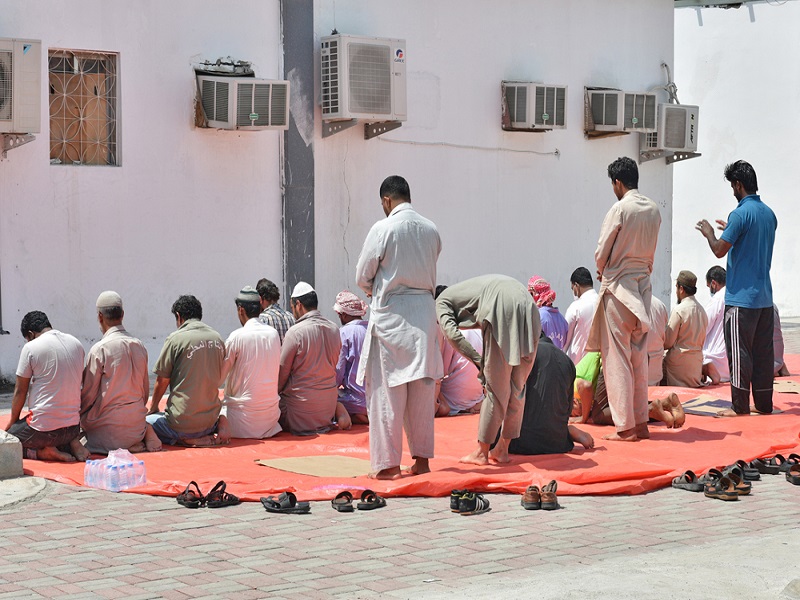 When Saudi Arabia, home to two of Islamic world’s holiest cities, banned entry to the holy sites in an effort to stem the spread of the virus, many Muslims around the world were left unnerved.

They were wondering whether governments are making the right decision in halting religious gatherings and congregational prayers. At times like this, many feel there is an even stronger need to connect with their maker.

Sheikh Dr Kahlan al Kharusi, the Assistant Grand Mufti of the Sultanate of Oman, and Hatim Harith al Abdissalaam, member of the Islamic Information Center at the Sultan Qaboos Grand Mosque, weigh in with an Islamic perspective on the issue.

According to Sheikh Dr Kharusi, however, not only are governments justified in taking this step, they are in fact, advised to do so by the Prophet himself.

“So is there any Islamic basis for such a ruling? Yes, the Prophet when he stated that attending a congregational prayer is a must-do for every capable person, he said except for those with a burden. When they asked him what a burden was, he said a fear, or a disease. And of course, in our case, this is the disease.”

Sheikh Dr Kharusi pointed out that this does not only apply to confirmed cases, but suspected ones as well in order to both dismiss the patient of his duties during his illness, and to limit the spread of the disease.

Many users took to social media to express their indifference, saying that no virus can touch them as long as they are in God’s protection.

While this is true to a certain extent, Abdissalaam stressed the importance of using logic, and taking the necessary precautions first, before blindly relying on God.

“There are many evidences in the Q’uran and the Sunnah indicating the importance of taking actions into our hands then asking Allah for aid, so for those out there who are acting irresponsibly and doing things that will not only harm themselves, but will harm everyone else, they should understand that they are actually committing a sin. They will be accountable on the day of judgement for every single ignorant action that they took in these difficult moments,” he said.

Panic buying
Abdissalaam also touched on the issue of panic buying, which has begun to take place in a few parts of the country. He has urged members of the society to ‘stand with one another in solidarity to support the efforts of the government in overcoming and containing this pandemic’.

He reminded the people of the Prophet’s hadith ‘Love for your brother what you love for yourself’, and said that by stocking on food beyond what is necessary, individuals run the risk of depriving others of necessities.

Abdissalaam urged people to refrain from continuously spreading information so as not to cause panic and confusion. “Practise good hygiene, which is an important pillar in the life of any believer, in an effort to fight the spread.

“People need to understand that at the moment, we are dealing with an enemy that cannot be seen and that travels from one body to another, easily and unnoticeably. The only way we can keep ourselves safe is by maintaining a very high standard of hygiene,” he said.

Lastly, both the mufti and Abdissalaam called on people to work together.

“We have to cooperate because we are living in a globalised life, which means that no nation is spared of being affected with such diseases so there’s no escape from working together,” said Sheikh Dr Kharusi.