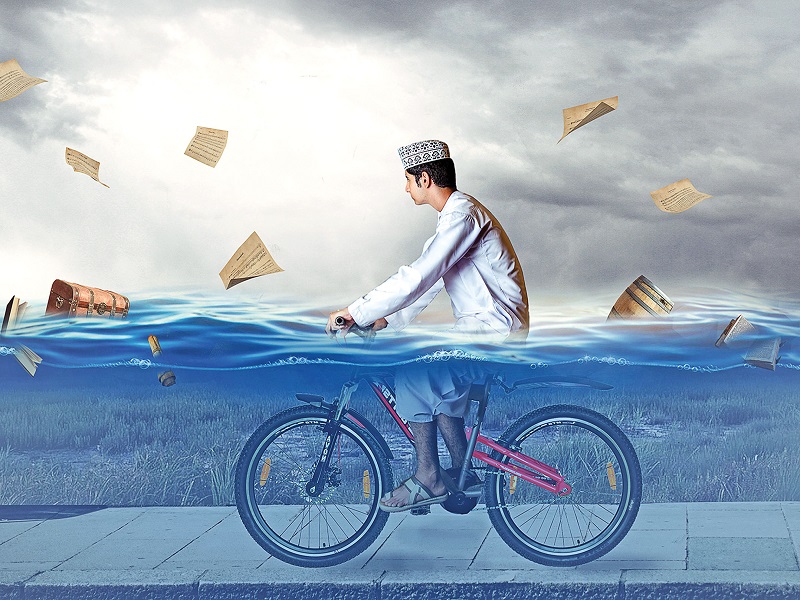 Representing the sultanate among the crème de la crème of photographic artists from around the world, three Omanis won during the maiden edition of the ‘POST’ International Photography Contest.

With the participation of 57 photographers representing 25 countries, the competition was organised by Oman Post, member of the Asyad Group in collaboration with the Photographic Society of Oman (PSO) under the umbrella of the International Federation of Photographic Art (FIAP), an international organisation of the national associations of photography.

The contest’s theme explored the relation between people and postal services, an industry that is deeply rooted with humanity and the development of societies. The first of three wins for Oman came through the work of Ahmed al Busaidi who scooped the FIAP Silver Medal for his work titled ‘Reading’, while artist Fatma al Farsi won the FIAB Blue Ribbon Award for her work titled ‘Looking for Mail in the Sea of Life’, and PSO Diploma for ‘Zajel’.

Ahmed bin Abdullah Albusaidi, director of PSO, said, “In its first edition, the ‘POST’ International Photography Contest witnessed outstanding contribution to the art of photography worldwide. Close to 60 talented artists shared their interpretation of postal services and people and how that reflects on society in general or their own unique stories. I congratulate all the participants and would like to thank our partners at Oman Post and the International Federation of Photographic Art for making this an amazing competition.”   Works were evaluated by a panel of high-profile judges including, Riccardo Busi, chairman of FIAP (honorary excellence FIAP), Ahmed bin Abdullah

Albusaidi, director of PSO and liaison officer of the International Federation of Photographic Art in Oman, as well as Ahmed al Shukaili, member of PSO and holder of His Majesty’s Award of Photography.

Sayyid Nasr Albusaidi, general manager, Business Excellence Oman Post, said, “I would like to thank the Photographic Society of Oman for a rewarding competition and their ongoing efforts to empower Omani artists to excel in what they do and compete with other bright minds from around the world.”

A total of 11 awards were given. Five awards presented by FIAP, another five by PSO, as well as a best author award that went to Swe Tun from Myanmar, who also won the most coveted award of this year’s edition, the FIAB Gold Medal for his work titled ‘Post 2’.

The FIAB bronze medal went to Marcel Van Balken from the Netherlands for his work titled ‘Stampman’, while Maria-Evangelia Aslanoglou from Greece was recognised with another FIAB Blue Ribbon Award for her work titled ‘Mail Reception’.