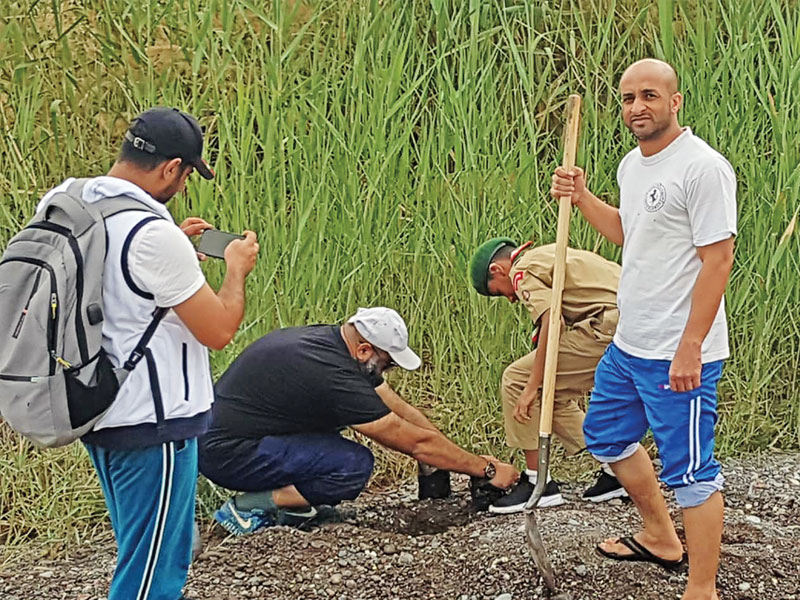 The residents of the wilayat of Seeb, in cooperation with the Omani Sidr Society, planted around 500 seedlings of ornamental plants in Wadi al Khoudh recently. Conducted to boost afforestation, the initiative involved  around 250 volunteers, mostly from schools and scouts teams.

Titled, ‘Green Seeb Initiative’, the campaign was started in the summer of 2019. Speaking to Muscat Daily, Hilal bin Hamad al Sarimi, a Seeb representative to the Shura Council, said, “We began this initiative by planting seedlings in the Sur al Hadid area. Our aim has always been to get all segments of the society involved. About 600 varieties of seedlings of ornamental plants and fruit trees were planted.”

From spreading awareness regarding afforestation and increasing green spaces in the country to encouraging parents to inculcate this concept in the children, through the initiative, the volunteers want to educate the society and save the environment, said Sarimi.

“Increasing green spaces on the earth is the need of the hour. It will also boost health of humans and motivate them in life. Such afforestation initiative will include many places, such as schools, cemetery, and even residential areas in future,” he said.

Sarimi has urged people to cooperate in their endeavours. “We urge the residents of Seeb to cooperate with us in the coming days and do their bit to save the environment.”