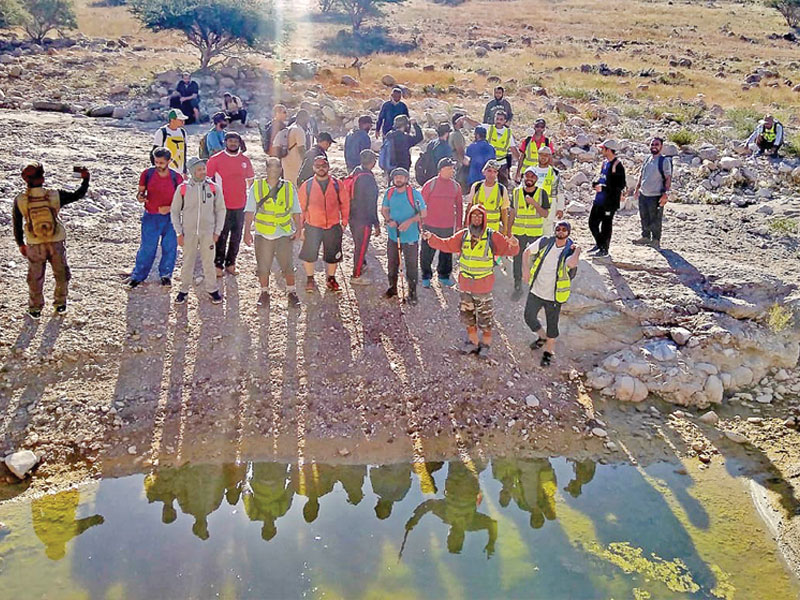 A group comprising 15 members is doing all it can to promote domestic tourism. From organising hiking trips to camping, the group called ‘Al Amerat Hiking Free’ also seeks to encourage people to consider health a priority.

On February 15, the group organised a free hiking trip to Amerat Heights.

Speaking to Muscat Daily, Ali al Mabsali, a team member, said, “We formed the team in January this year. The group is only for those who are ready for some sort of adventure. The idea is to get people to discover new tourist attractions such as caves, and follow in the footsteps of our ancestors who have left a rich legacy behind them.”

Mabsali said a similar event is planned for Saturday.

“The previous event at Amerat Heights attracted more than 60 people. The event on Saturday [10km] will be held at Bausher Heights.”

A site for an adventure is selected with much care and thought, he said.

“The team plans well before embarking on any trip. The site for the adventure trip is chosen after much deliberation and research. A team is also sent to study the place and the weather conditions. We are also careful when choosing how many people can be taken for a particular trip,” said Mabsali.

A trip to Turkey is on the cards in March this year, said Mabsali, explaining of future trips. “We have organised more than six hiking trips in the wilayat of Muscat. In March, the team will organise a trip to Turkey. We want to promote Oman’s tourist potential. I urge citizens and residents to join the group in the next trip.”

Registrations for the next event can be done through 99467742.