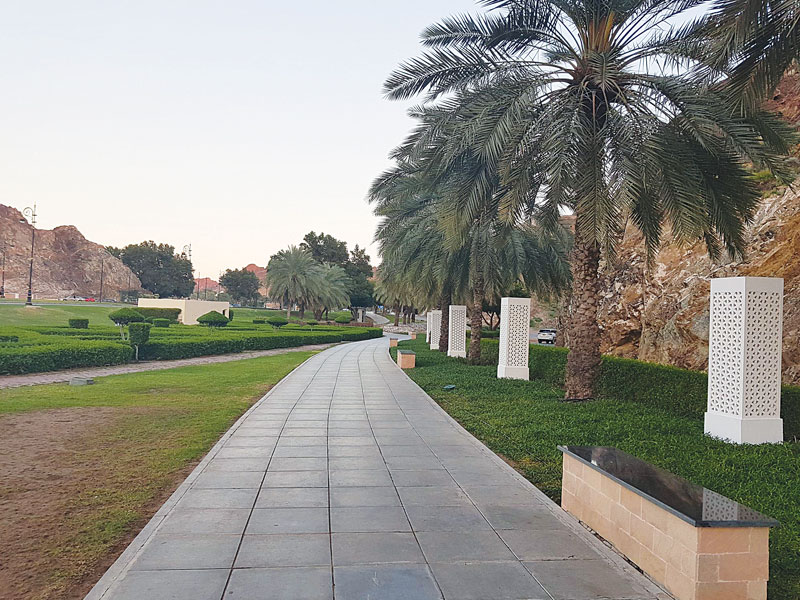 Muscat Municipality has chalked out a landscaping plan, that will not just help boost its green sustainability motto but also reduce financial burden and conserve water resources.

In a written reply to Muscat Daily, the Directorate General for Landscaping and Gardening, said, ‘The directorate aims to increase green areas through planting works in garden spaces. An annual plan has been formulated to implement projects in this regard according to priority, available financial capabilities and water resources.’

As part of its cost-cutting initiative the civic body is also planning to concentrate more on growing endemic plants that will use less water and need less maintenance as compared to others. ‘Native plants such as cactus and date palms will be widely used in future projects. Such plants will be widely planted in areas far from water resources,’ the municipality stated. The plan will also include making attractive and suitable walking areas for public, the municipality stated.

‘We want to encourage citizens and residents to practise different kinds of sports regularly. The aim is to spread awareness regarding the importance of maintaining health and protecting oneself against diseases.’

Public gardens are also an indicator of the welfare initiatives undertaken by the government for its citizens. ‘Gardens are also important spaces for holding social events, walking and relaxing areas. They also contribute to regulating the temperatures.’

Several designs have been implemented considering the green sustainability motto, the municipality stated.

‘Planting and gardening works are undertaken considering various components such as cost and water use. Use of native plants, stones and other alternatives have been initiated to reduce green spaces. Operational costs and future maintenance costs are reduced with such measures,’ it added.