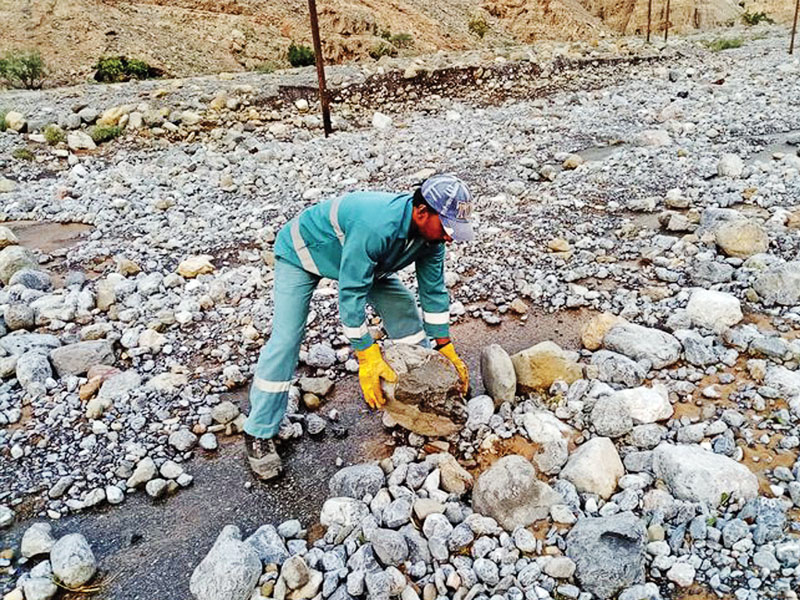 Khasab in the Governorate of Musandam received the highest rainfall of 53mm from January 23 to 25.

According to the rain monitoring stations of the Ministry of Regional Municipalities and Water Resources (MRMWR) Khasab was followed by the wilayat of Bukha (46mm), Bausher (15mm), Amerat (14mm), Wadi al Ma’awel (7mm), Rustaq and Muttrah (5mm each), Dibba (4mm), Nakhal, Mussanah, Barka and Nizwa (2mm each).

The Public Authority for Civil Aviation (PACA) announced on Sunday that cloud cover existed in most parts of the sultanate with rain in some wilayats.

There are also chances of late night to early morning low-level clouds or fog over Buraimi and Dhahirah governorates, PACA stated.

Clean-up act Meanwhile, field workers from various municipalities across the sultanate have been working hard to clear roads after the heavy rainfall witnessed on Saturday.

Municipal workers cleared pools of water, rocks and sand from roads in Muscat and Musandam governorates.