First batch of sultanate’s meteorites from Switzerland received at ministry 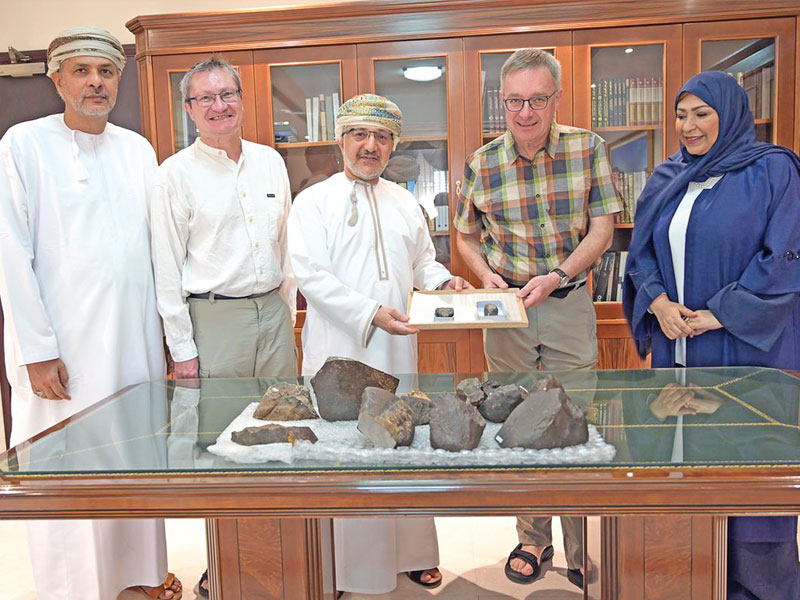 The Ministry of Heritage and Culture (MHC) has received the first batch of the 5,000 Omani meteorites that are in the custody of the Natural History Museum in the Swiss capital, Bern as well as the University of Bern.

Oman plans to recover all 5,000 meteorites from Switzerland and the first batch, which includes a lunar and Martian meteorite was received at the ministry in the presence of H E Salim bin Mohammed al Mahrouqi, Undersecretary for Heritage Affairs, MHC and Beda Hofmann, from the University of Bern, who is the head of the Omani-Swiss meteorite research project ongoing since 2001.

Some of these meteorites are pieces of Mars and some are parts of the Moon. The size of the meteorites vary with some weighing more than 10kg.

The ministry has chosen a suitable location to store these meteorites under appropriate conditions.

Hofmann said the Oman meteorites collection is unique. “Our collection is incomparable with any of those found in other hot desert regions of the world.”