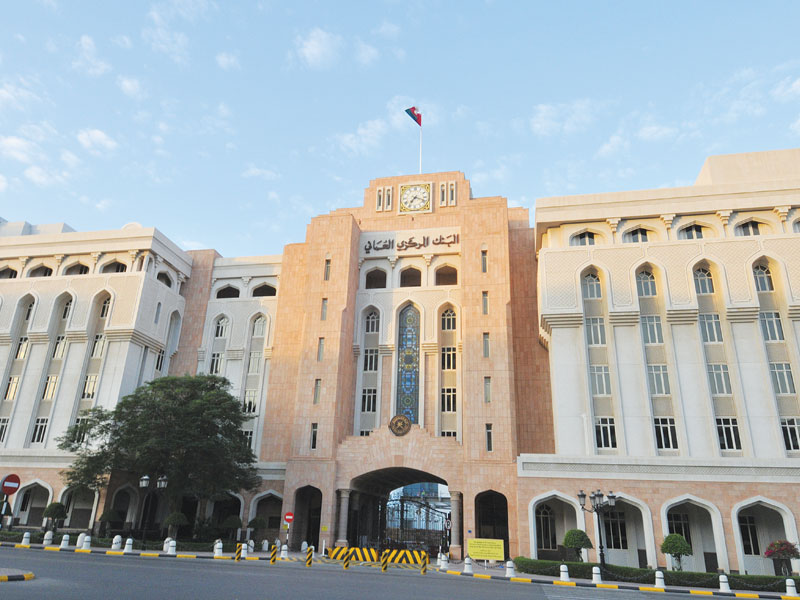 Total lending by Oman’s conventional banks and Islamic banking entities grew 3.9 per cent to reach at RO25.9bn in October 2019 compared to the same period a year ago, according to the monthly bulletin released by the Central Bank of Oman (CBO).

Financial corporations accounted for 5.3 per cent of total private sector credit in October this  year. Total deposits of the banking system registered an year-on-year growth of 3.1 per cent to RO23.2bn as of the end of October. Private sector deposits of the banking system grew 5.8 per cent to RO15bn in October this year compared to the same period a year ago.

Sector-wise, the share of households sector came at 49.6 per cent in total private sector deposits, followed by non-financial corporations at 30.5 per cent, financial corporations at 17.7 per cent and the other sectors at 2.2 per cent. The CBO’s statistics showed that the conventional banks’ overall investment in securities stood at RO3.6bn at the end of October this year.

Banks’ investment in government development bonds and government sukuk rose 6.4 per cent to RO1.5bn in the ten months to October compared to the same period of 2018. Conventional banks also invested nearly RO300mn in government treasury bills in the first ten months of 2019, while investment in foreign securities stood at RO1.2bn as of October 31, 2019.