Atlas of terrestrial reptiles of Oman to get print edition 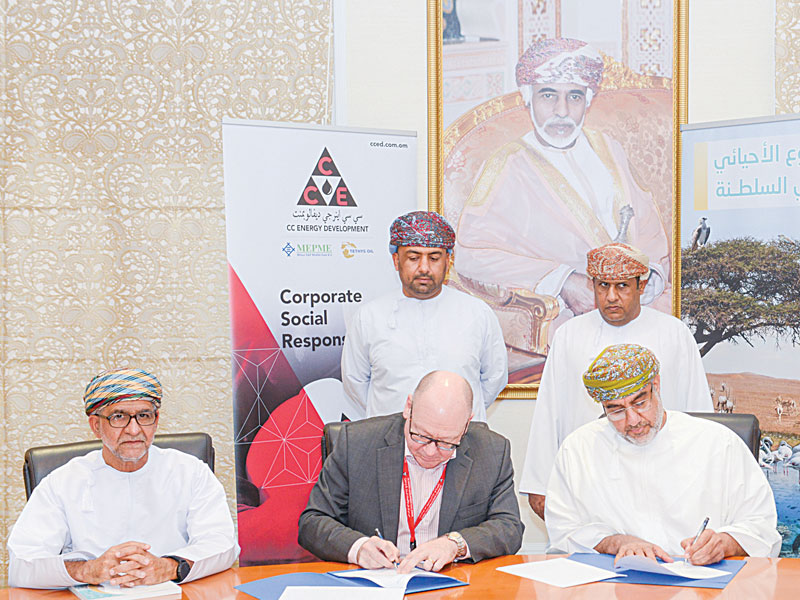 The Ministry of Environment and Climate Affairs (MECA) has taken steps to print an atlas of wild reptiles in Oman.

The ministry signed a Memorandum of Understanding (MoU) with CC Energy Development in this regard. The atlas is an unprecedented data collection comprising 5,359 records of 101 known species of Oman’s terrestrial reptiles, with 20 being endemic to Oman.

The atlas which was originally published online in 2018, will now be available in print. The signing of the agreement comes within the framework of joint cooperation between the ministry and the private sector to increase awareness on the diversity of reptiles in Oman and their ecosystem.

The ministry had earlier implemented the project to study and preserve wild reptiles in the sultanate in cooperation with the Institute of Evolutionary Biology in Barcelona, Spain. The main goal of the project is to survey wild reptiles in the sultanate, in order to assess the biological diversity of wild animals and to know the types and locations of the creatures. Dr Salvador Carranza, from the Institute of Evolutionary Biology, who has worked on the project from its inception in 2005 to its completion in 2018, told Muscat Daily that the atlas getting a print edition was a great news.

“I am really looking forward to prepare the atlas this 2020. Being involved from the beginning and having described so many species of reptiles from Oman it is a pleasure,” he said.

The atlas provides the first map-based analysis on the spread of reptiles in nature reserves and other areas covered by field surveys in the sultanate.

The project was implemented in two phases between the north and south of the sultanate.