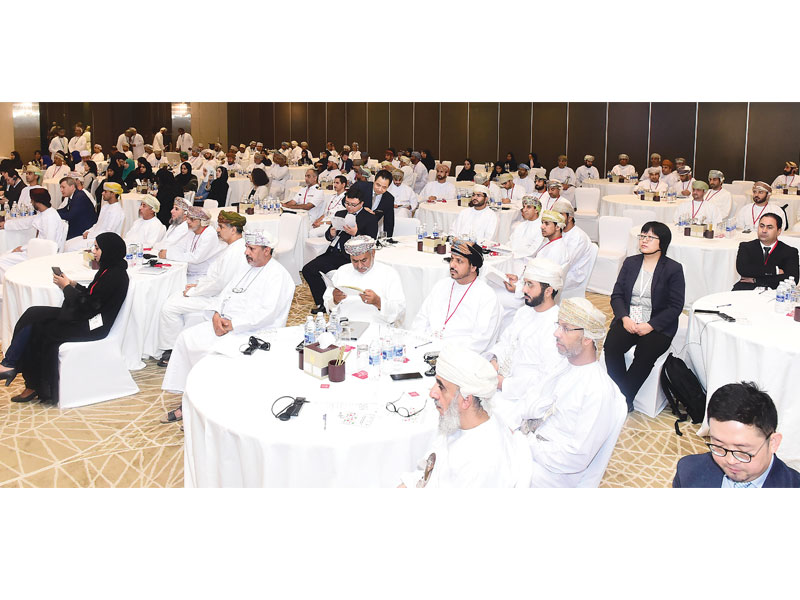 An international conference ‘The history of relations between the Islamic world and China and Oman as a model’ concluded on Tuesday. It was held under the patronage of H E Sheikh Khalid bin Omar al Marhoon, Minister of Civil Service.

Dr Khaled Aran, Director General of the Research Center for Islamic History, Arts and Culture of the Islamic World Organization said that the sultanate has played a significant role in developing trade in the region owing to having strategically positioned ports on the Indian Ocean, the Arabian Peninsula and the Middle East.

“Although the Islamic world and China have maintained relations in different areas over a period of time, the Silk Road that links them has been distinguished by its permanent importance in terms of being a way to transport goods, ideas, science and knowledge. Philosophers, preachers, scholars, artists and architects travelled alongside traders carrying their ideas with them. Their knowledge spread, thanks to the Silk Road, where people got to know different religions and cultures and co-existed in peace,” he added. He said that the symposium  explored relations between the Islamic world and China from a historical perspective.

Participants shed light on the exchange between the two worlds and its impact in the field of arts, science and technology, language, philosophy and literature.

Dr Aran said that the novelty of this symposium was that it cited examples of the experiences of the countries in the Islamic world in its cooperation with China.

On its part, Prof Zhou Yunfan, Deputy Director General of the International Cooperation Office (Chinese Academy of Social Sciences) reviewed the history of cooperation. The two-day conference was organised by the National Records and Archives Authority and the Research Centre for Islamic History, Arts and Culture, and the College of Chinese Sciences.

The opening ceremony was attended by ministers and undersecretaries, in addition to researchers, professors of history, political science and interested persons in the topic. The conference discussed 22 papers presented by professors and specialised researchers, which addressed the historical, cultural and economic aspects, artistic, scientific and literary influences, as well as cultural exchange, international relations between Islamic countries and China, and Omani-Chinese relations from the past to present.

An elite group of professors, researchers and intellectuals from Oman, China, Turkey, Korea and Uzbekistan participated in the conference.