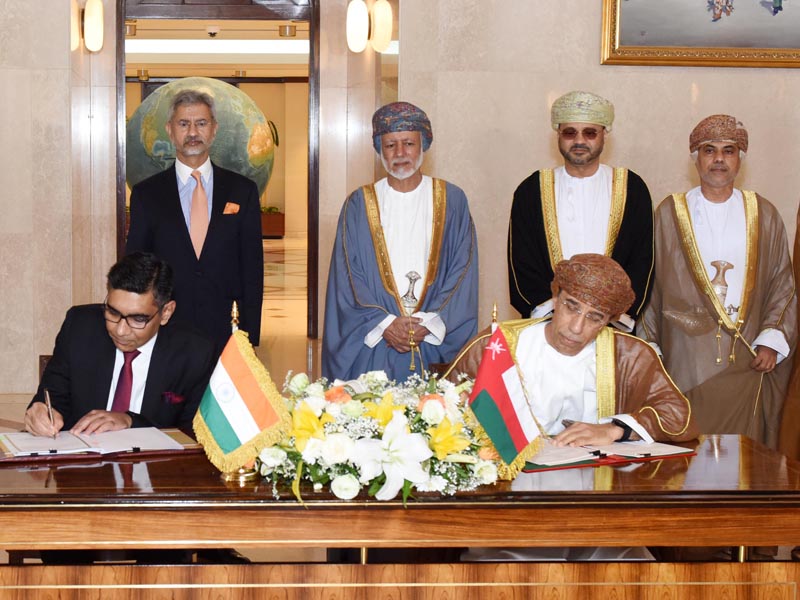 Oman and India on Tuesday signed a cooperation agreement in the field of maritime transport.

The agreement aims at building relations between companies and institutions concerned with shipping and maritime transport, as well as boosting growth in maritime navigation between the two countries.

The agreement was signed by H E Said bin Hamdoon al Harthy, Undersecretary for Ports and Maritime Affairs in the Ministry of Transport and H E Munu Mahawar, Ambassador of India to Oman.

The agreement comes within the framework of cooperation between the governments of the two countries to enhance the existing economic and trade relations. It lays the foundation for cooperation in the field of maritime transport and ports in order to develop, facilitate and regulate commercial marine transport.

The agreement seeks to facilitate the establishment of joint projects in the areas of ship repair, recycling and boost maritime transport in accordance with the legislations and regulations relating to entry and exit of ships at ports, mutual recognition of maritime civil certificates and identity documents for seafarers and commitment to protect the environment in the marine lanes of commercial ships between the two countries.