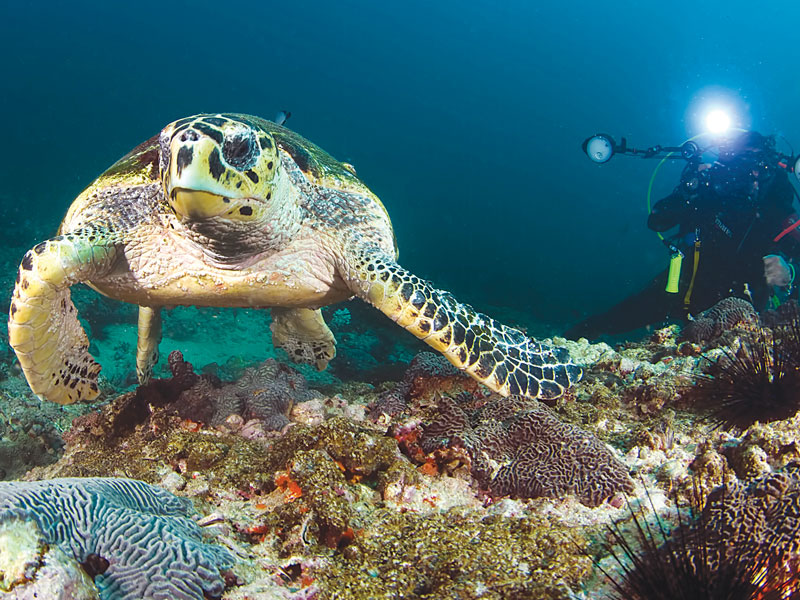 Marine tourism with varying aspects has become popular in the sultanate, said an official in the Ministry of Tourism.

It is because the country has many interesting and enjoyable places which attract tourists. The marine tourism has different types including boat trips, sailing and diving trips, as well as watching dolphins, etc, said Saleh bin Ali al Khayifi, director of Tourism Marketing and Promotion in the Ministry of Tourism.

With its beaches spread across 3,169sq km, Oman is ideally located to host marine activities. Already there are many forms of sports and water activities. Prominent among these activities are surface diving, dolphin watching, deep diving and sunset watching. There are many institutions in the sultanate which promote marine tourism. Also there are hotels and fine dining restaurants to meet the requirements of tourists.

Khayifi said, “The Ministry of Tourism supports everything which helps the sultanate achieve added value. Marine tourism is a specific tourism area which is given importance by the ministry. This is because the sultanate has beautiful beaches and places to organise tourism activities. The ministry is also making efforts to attract tourists to enjoy the beauty of Oman and explore its marine environment.”

There are also many investment opportunities open for companies in marine tourism, Khayifi said.

“Some companies are already working in the field. They organise several activities and provide services in this sector. The Ministry of Tourism supports these companies as it helps the tourism industry of the country. The ministry also keeps cruise tourism in the country up to date and according to international standards. This is to help all stakeholders achieve common objectives.”

Places for diving in the sultanate

Fahd al Mashari, from the Asdaf al Damaniyat, which provides cruise services, overnight trips and organises several tourist activities near Al Mouj Muscat, said that the demand for cruises was increasing from foreigners who return several times to the sultanate to enjoy it. This is because the sultanate has attractive sites to practice marine tourism, including scuba diving, snorkeling to see coral reefs, fish, sunset cruises, as well as dolphins near the Al Mouj Muscat project.

Sulaiman al Qasabi of Manadhir Majan Tourism – a tour operator which offers adventure trips, camping and snorkelling as well as mountain hiking – said that the best places to practice marine tourism in the sultanate are the Damaniyat Islands and Bandar al Khairan in Muscat governorate as well as in Musandam governorate. Each site varies from the other, where a certain type of activities can be practised.

Qasabi said that if marine tourism were to be invested in, it would hugely benefit the investor and the country, especially in the areas of dolphin watching and diving.

Said al Ghadani, owner of the Hormuz Adventures Tourism Company, said that marine tourism in general has been popular among foreign and Omani tourists since he started practising the profession ten years ago when there was just one boat for marine tours for tourists. Now there are ten boats which leave Al Mouj Muscat alone, he said.