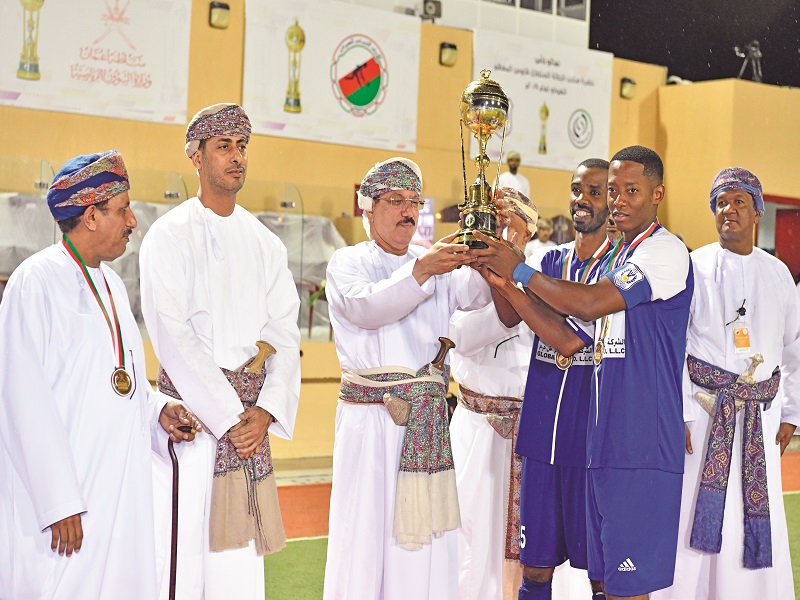 It was celebration in rain as Al Nasr dethroned Ahli-Sidab to regain His Majesty’s Cup Hockey Championship crown at the Sultan Qaboos Sports Complex (SQSC) on Thursday night. The Salalah giant edged past its rival 2-1 in a match played in rain and cool conditions to claim its eighth title. It had last won in 2017 when it defeated Seeb 3-0 in the final. For Ahli-Sidab, its hopes of achieving a record 12th title was dashed as its players struggled to cope with the conditions and soaked pitch. It was the eighth crown for Al Nasr, which is next only to Ahli-Sidab and Seeb clubs, who have won it 11 times.

In a match that witnessed all the three goals in the first quarter, Al Nasr defence stood firm to deny Ahli-Sidab in the remaining three quarters for a deserving victory. Al Nasr coach Mohammed al Batrani said that his boys had ‘achieved the goal of winning the title’. “We had good plans and it is a result of teamwork and hardwork,” he said after the match.