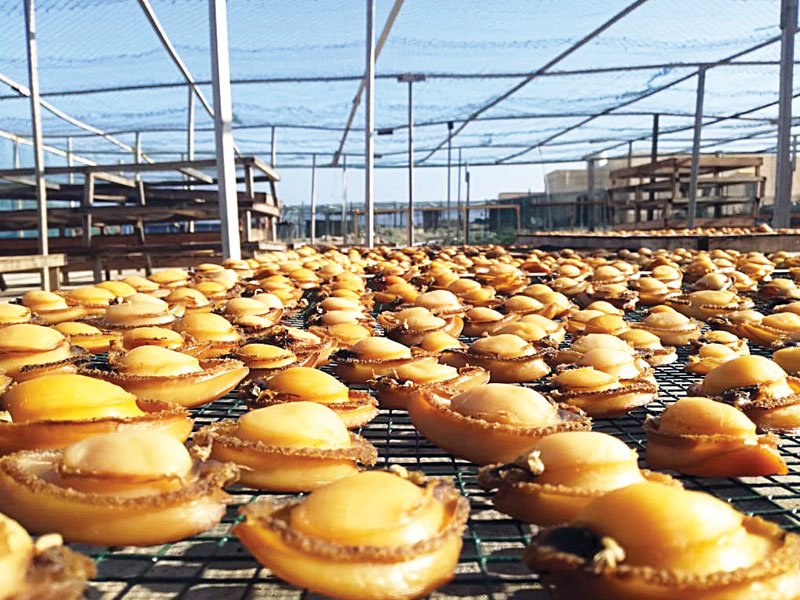 The abalone fishing season came to an end on December 20, marking a ten-day period of harvesting of one the most important marine products for the people of Dhofar governorate.

The Dhofaris, especially those living in the wilayats of Sadah and Mirbat, depend on it for good return. Because of the noticeable decrease in the abalone reserve in its locations on the beaches extending from Mirbat to the Sharbathat area, the Ministry of Agriculture and Fisheries prohibited abalone fishing in some years and allowed it in some other years. It decided to allow abalone fishing this year from December 11 to 20.

Musllam bin Salim Ra’afait, director of the Fish Affairs Department at the Directorate General of Fisheries in Dhofar, said, “The ministry is making great efforts to educate fishermen in general and divers in particular, about the importance of abalone, the necessity of preserving it, and the consequences of wrong fishing practices.”

The Directorate General of Fisheries in the Governorate of Dhofar completed all preparations for the season after the two-year ban to maintain the stock of abalone. All the application forms for licensing for divers and traders, as well as the records of abalone production were prepared. The number of licences issued for divers were 2,503 while 94 licences were issued for traders.

The total production of abalone in 2016 (12 days only) reached 54,819 tonnes. Abalone fishermen get ready in the early morning hours throughout the season with their simple tools, which are a knife-like tool, goggles, and a net that is worn around the waist to collect the catch. In the evening, they return to land and work to extract the meat of abalone from its shell by means of a sharp tool known locally as Al Jazra (the carrot) and then go to the traders’ sites to sell their daily catch according to the agreed price, usually ranging between RO30 and RO50 per kilo.

The longer the drying period, the higher the quality of abalone. Then, it is canned and sold to foreign markets, especially East Asian countries, the most important of which is Hong Kong, which is a major market for the abalone of Oman.