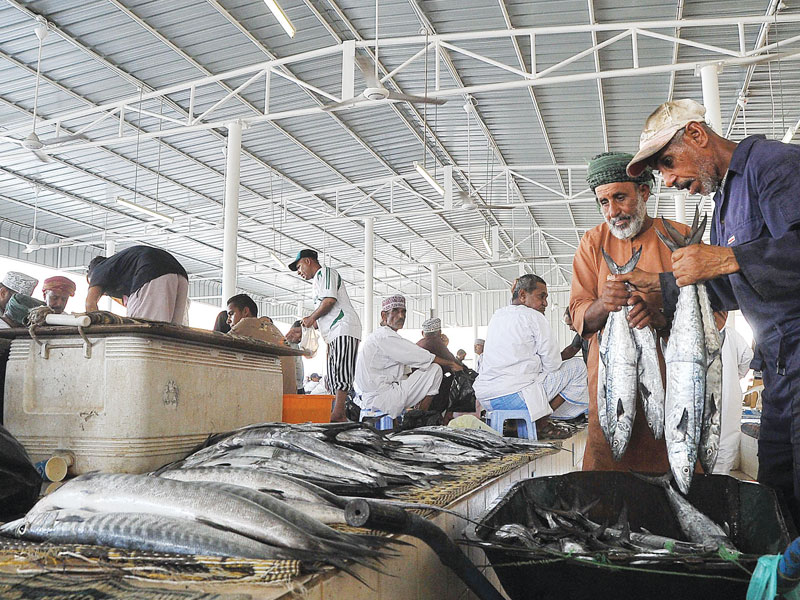 Al Wusta had the highest fish landings at 98,100 tonnes, followed by South Sharqiyah at 68,998 tonnes and North and South Batinah at 43,869 tonnes.

Meanwhile, there was a decline in the quantity of sharks and rays by 39.6 per cent and crustaceans and molluscs by 14.1 per cent.

Coastal and commercial fishing contributed to about 2,283 tonnes and 9,773 tonnes of total landings, respectively, by the end of August 2019.

MoAF said that several local companies have started exporting their products to Russia from this month. Omani companies have completed the necessary procedures and approvals required. The step will boost investment options between the two countries. The ministry has launched several programmes to develop the fishing fleets as part of its endeavour to develop the artisan and coastal fishing sectors and support commercial fishing in the high seas.

The advanced fishing boats programme aims at introducing 270 state-of-the-art boats by the end of 2023. ‘We have also prepared a plan to develop the coastal fishing sector,’ it said. MoAF is aiming to increase the fisheries sector’s contribution to the GDP five fold, taking it to RO1.3bn in 2023 from RO225mn in 2016. To achieve this target, the ministry is expecting to raise fish production to 1.4mn tonnes in 2023 from 280,000 tonnes in 2016.