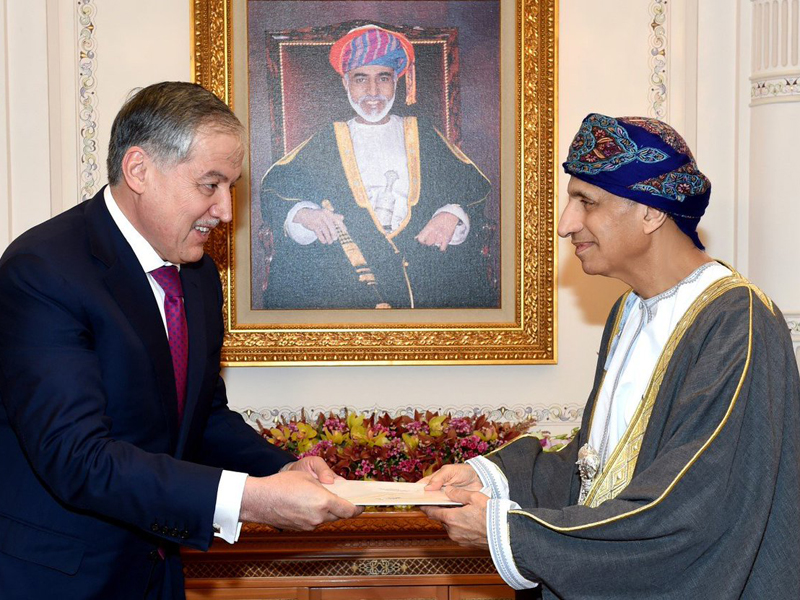 His Majesty Sultan  Qaboos bin Said has received a written message from Imam Ali Rahman, President of Tajikistan. The message was received by Sayyid Fahd bin Mahmoud al Said, Deputy Prime Minister for the Council of Ministers, when he met Sirojiddin Muhriddin, Foreign Minister of Tajikistan and his accompanying delegation last week.

During the meeting Muhriddin conveyed the good wishes of the Tajik President to His Majesty the Sultan.  The message relates to strengthening means of cooperation between Oman and Tajikistan. Conversation during the meeting dealt with the growing relations between the two countries and the prospects for cooperation in commercial, economic, cultural and other fields. A number of regional and international issues were also reviewed.

On his part, Muhriddin and the accompanying delegation expressed happiness for this visit, in terms of consultation and exchange of ideas on many issues, noting the desire of his country to consolidate cooperation with Oman.

The meeting was attended by Yousuf bin Alawi bin Abdullah, Minister Responsible for Foreign Affairs, and Zebedallah Zabidov, Ambassador of Tajikistan to Oman.