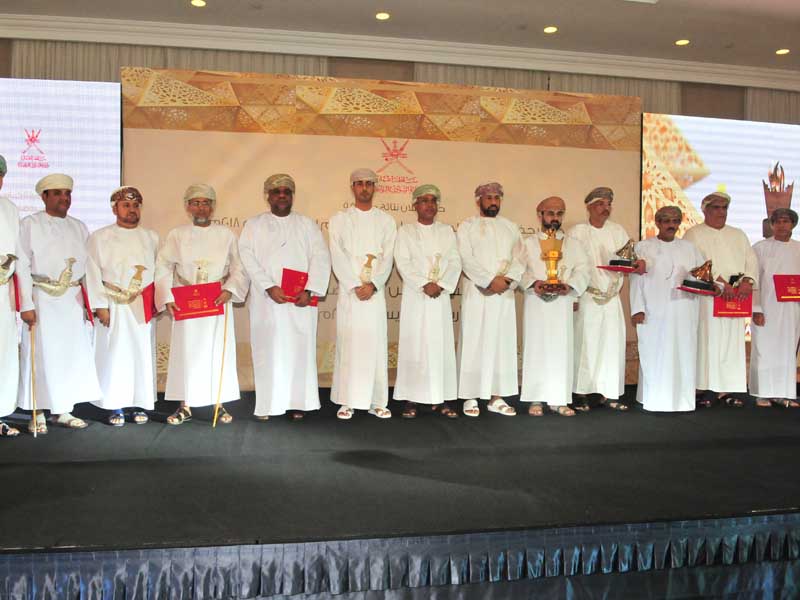 Ahli-Sidab, a popular club based in Muscat, finally crowned itself with the sultanate’s most prestigious award for clubs on Wednesday when it was declared the winner of the 2018 His Majesty’s Cup for Youth.

The maiden title for Ahli-Sidab ended the streak of its arch-rival Seeb, which had claimed four titles in succession and bagged a total of 12 crowns since the award was instituted in 1998. The HM’s Cup for Youth is awarded by the Ministry of Sports Affairs (MoSA) to the best club in the sultanate on its allround performance.

On Wednesday, H E Dr Rasheed al Huraibi, Chairman of Tender Board, gave away the trophies and citations to the top-ten clubs in the presence of H E Sheikh Saad al Saadi, the Minister of Sports Affairs, ministers, and other officials.

Ahli-Sidab dethroned Seeb, which after winning four consecutive trophies had to settle for runner-up spot while Salalah giant Al Nasr was declared third.

H E Rashad al Hinai, Undersecretary at the MoSA, presented an insight to the criteria in deciding the clubs’ ranking. All the 44 clubs in the sultanate are eligible to enter in the fray but not all compete according to a senior ministry official.

Speaking after winning the trophy for the first time, Ahli-Sidab chief Juma said, “The trophy is a result of teamwork at the club by players, coaches, administrative and technical staff, board members and various committees.

“We did not expect to win the title but were hopeful of finishing among the top-three. We are delighted to have won it for the first time and the award will give us more reasons to continue with our good work and push the club to be among the top in Oman.”