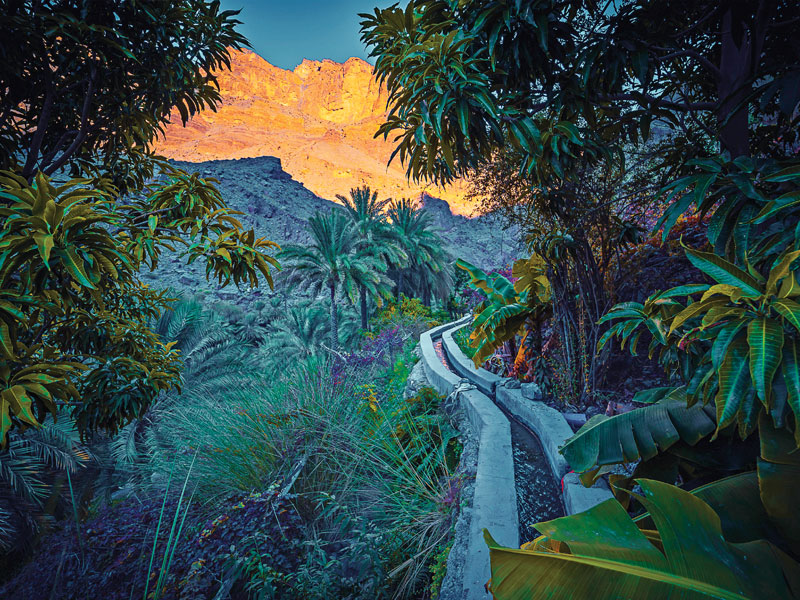 Twenty-five photographers took part in an initiative to promote domestic and adventure tourism in the country this month.

Conducted by Rustaq Photography Team, the initiative this time focused on the picturesque wadis and flora and fauna of eight villages in South Batinah.

Speaking to Muscat Daily, Malik bin Hamed al Ma’awali, head of the team, said,
“The initiative was held on December 7 and 8. The photographers took pictures of landscapes and valleys of eight villages of Wadi Bani Kharous in South Batinah.” The programme also included several other activities such as a workshop on landscape and star photography and camping.

Speaking of Wadi Bani Kharous, the main attraction in Al Awabi in South Batinah governorate, Ma’awali said that it is one of the best known wadis in Oman. “With its fabulous landscapes, fascinating flora and fauna, the place is capable of casting a magical spell on visitors.”

Wadi Bani Kharous follows a long and winding waterway that snakes its way over 30km all the way from Jebel Akhdar to the village of Al Awabi, he said.

“Every year we choose a wadi as a subject of our photography initiative. We started by capturing the beautiful Wadi Bani Awf in 2017 followed by Wadi al Sahtan in 2018.”

The team in its earlier endeavours has conducted photo festivals in forts such as the Rustaq Fort and Al Hazm Castle. “The festivals were a big hit as it drew tourists from different countries of the world.”