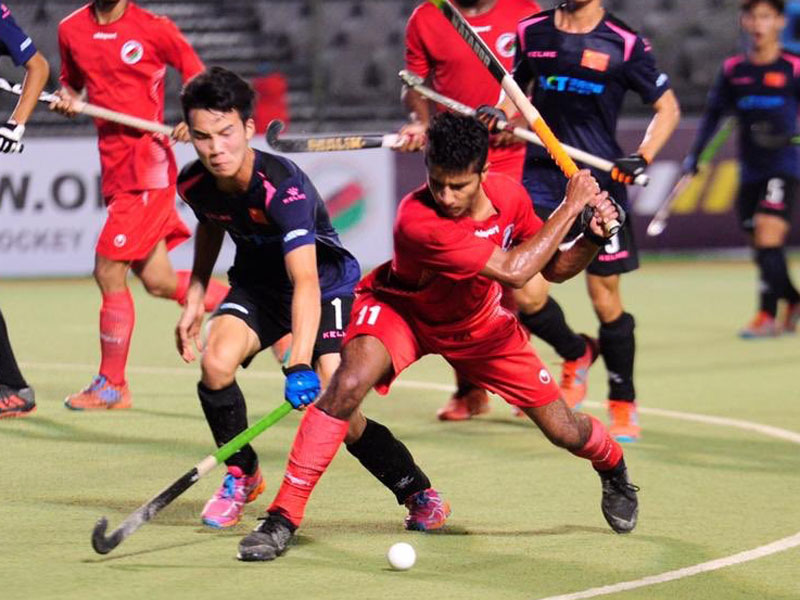 It was heartbreak for the young Omani players as they lost the final to China in a penalty shootout 2-4 in the Men’s Junior AHF Cup at the Sultan Qaboos Sports Complex (SQSC) on  Saturday night.

Tahir Zaman-coached Omani boys played their hearts out and matched their rivals throughout the four quarters but after 60 minutes  both the teams failed to break the deadlock. In the shootout, Oman’s goalkeeper Ibrahim al Hasni thwarted Yonghua He’s first attempt but the advantage was nullified when Akram Bait Shamaiaa fluffed his chance against Chinese goalie Junyuan Hu. Rifa Hu then put China ahead but Oman drew level through Ahmed al Amri.

With the scores level, nerves had to play a bigger role and it was soon 2-2 as Rongliang Li and Oman captain Rashad al Fazari scored on their respective  attempts. Yongle Ding then made it 3-2 but Amri al Mashari failed to beat goalie Junyuan to hand China the advantage. Yaozhen Xu then converted his stroke for a 4-2 win.

Despite the narrow loss in the final, Oman’s goal of qualifying for the 2020 Junior Asia Cup was accomplished as it along with China, Chinese Taipei and Uzbekistan secured their berths in the showpiece event for junior teams in the continent. Earlier in the day, Chinese Taipei finished third with a 5-3 win over Uzbekistan 5-3. The winner led 2-0 in the first quarter but Uzbeks fought back to go into the break trailing 2-3.

The final day’s action also witnessed classification matches for fifth to eighth spots. In the opening match of the day, Iran got the better of Sri Lanka, winning 3-1 in a shootout after both the teams  were locked in a 1-1 stalemate. And Singapore secured fifth spot with a 1-0 win over Thailand. Earlier on Friday, China outplayed Chinese Taipei 4-2 while Oman trounced Uzbekistan 7-1 in the semifinals.