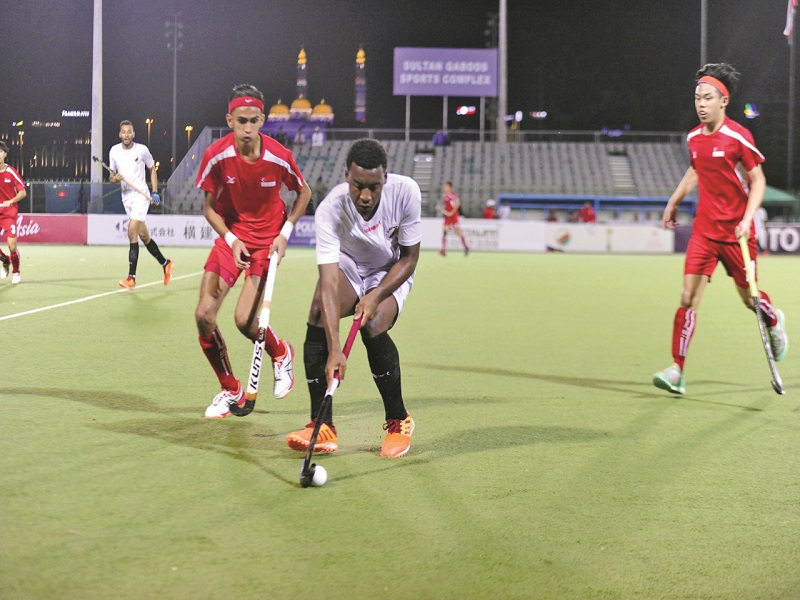 Hosts Oman reached the semifinals of the ongoing Men’s Junior AHF Cup on Sunday when they drubbed Singapore 4-1 in a Pool B game at the Sultan Qaboos Sports Complex. In the other match of the day, Uzbekistan defeated Iran 2-0 in a Pool A game to go top of the standings.

With Oman and Chinese Taipei winning both their games respectively, they booked their berths in the semifinals from Pool B. Uzbekistan and China are virtually assured to advance from Pool A. All the four teams have also now qualified for the Men’s Junior Asia Cup 2020.

The quartet will now join Bangladesh, India, Japan, Korea, Malaysia and Pakistan, which have already qualified. The Men’s Junior Asia Cup 2020 is a qualifier for the Hockey Junior World Cup 2021.

Oman, which has begun its campaign on a rousing note with a 7-0 hammering of Hong Kong on Thursday, continued its impressive form in front of its home fans with another convincing victory. Oman took the lead in the tenth minute with Akram Bait Shamaiaa converting a penalty stroke. He then got his second in the second quarter with a rasping shot to convert a penalty corner in the 28thminute.

The third quarter was the most productive for Oman as Ilyas al Noufali found the net in the 43rd minute and then two minutes later, captain Rashad al Fazari made it 4-0 by hammering a penalty corner. Singapore earned a consolation goal with four minutes to final hooter when Alton Chua scored a penalty corner.

After two rounds in Pool B Oman tops the standings with six points, the same as Chinese Taipei has, but leads on goal-difference. Singapore and Hong Kong are yet to open their accounts in the pool. Earlier, in Pool A, Uzbekistan’s win helped it reach seven points from three games. China, which has played a game less, is second with six points in the five-team pool. Thailand, Sri Lanka and Iran have a point each. Monday is a rest day.

On Tuesday, Thailand takes on China and Iran meets Sri Lanka in Pool A games while Oman locks horns with Chinese Taipei, a game that will decide the Pool B topper.