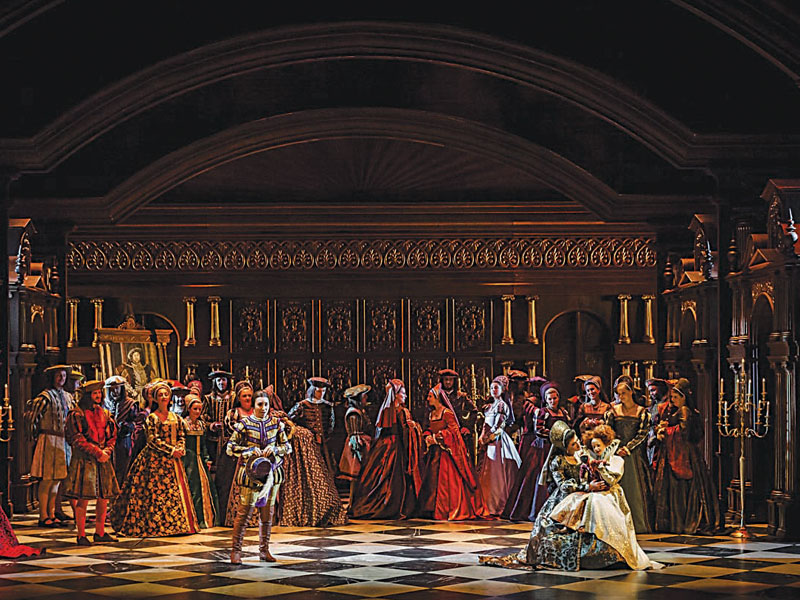 Muscat – The Royal Opera House Muscat’s (ROHM) Anna Bolena will be performed on November 28 and November 30 at 7pm.  Gaetano Donizetti’s 1830 opera, Anna Bolena is one of the three celebrated historical operas about British queens, which became known as Donizetti’s Tudor Trilogy.

Following the performance in December 2013 of Mary Stuarda, an opera about the Scottish Queen, Mary Stuart, Anna Bolena will be the second opera in Donizetti’s Tudor Trilogy that ROHM has presented. A tragic figure, Anne Boleyn was the second of Henry VIII’s six wives and the first to be executed.

The plot follows the complex dramatic intrigue in the story of an ambitious young woman who rose to the highest rank in England only to lose her life by failing to give Henry VIII a male heir. Ironically, Anne Boleyn’s daughter would become one of England’s most glorious monarchs, Elizabeth I, who is the subject of the third opera in Donizetti’s Tudor Trilogy.

The challenging title role in Anna Bolena is sung by the luminous coloratura soprano Olga Peretyatko, one of the world’s most sought-after singers, while bel canto specialist Maxim Miranov, one of the great tenors of his generation, plays Lord Percy, and Henry VIII is performed by the exciting bass-baritone, Erwin Schrott who is regarded by many as today’s finest exponent of major Mozart baritone roles.

Paying tribute to this wonderful opera, ROHM has co-created a superb production of  Donizetti’s Anna Bolena in gorgeous period costume with, in addition to some of today’s most celebrated singers, brilliant stage direction by Stefano Mazzonis di Pralafera, and glorious music by the Orchestra and Chorus of the Opéra Royal de Wallonie-Liège under the baton of Giampaolo Bisanti, one of Europe’s best-known conductors.

ROHM produced Anna Bolena with three major European opera houses, Opéra Royal de Wallonie-Liège in Belgium, Opéra de Lausanne in Switzerland and Bilbao ABAO-OLBE in Spain. A pre-performance talk will be held for ticket holders only one hour prior to each performance. For booking and further queries, consult www.rohmuscat.org.om