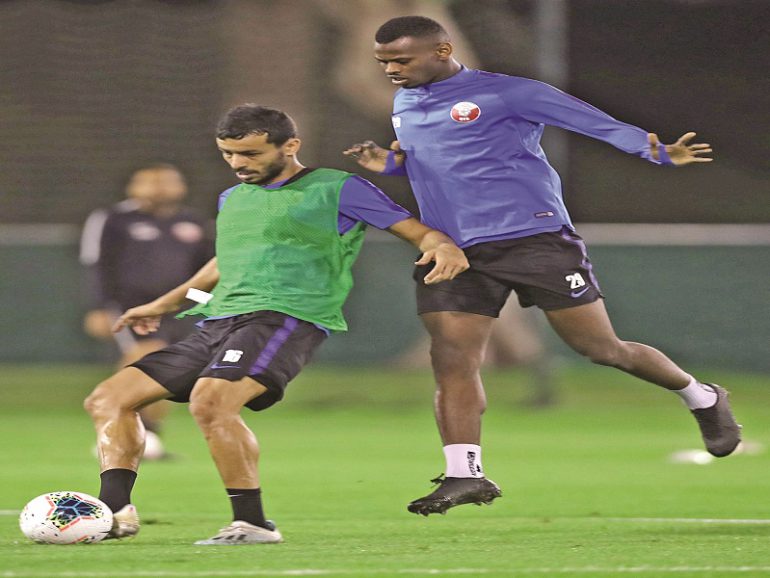 The stage is set for the region’s biggest football spectacle as hosts Qatar takes on Iraq to launch the 24th edition of the Gulf Cup Football Championship at the Khalifa International Stadium in Doha on Tuesday. The match kicks off 8.30pm, Oman time.

The Gulf Cup received a boost earlier this month when Saudi Arabia, Bahrain and the UAE decided to take part in the tournament in Qatar after initially declining to participate as the Saudi-led regional bloc had enforced a blockade of Qatar since June 2017.

For the hosts, the Gulf Cup will also serve them a chance to look into its preparations ahead of 2022 World Cup with less than three years to go. After the Gulf Cup, Qatar will also host the FIFA Club World Cup from December 11-22, giving the organisers an opportunity to test its readiness for hosting multi-nation and multi-club tournaments.

With all the teams arriving in Doha on Monday, fans across the region are hoping for exciting games ahead with the final scheduled to be held on December 8. Defending champion Oman will kick-off its campaign on Wednesday against Bahrain in a Group B game at the 12,000-capacity Abdullah bin Khalifa Stadium.

In the second Group A match on Tuesday, last edition runner-up UAE will meet Yemen. Eight participating teams have been split into two groups. In Group A, Asian champion Qatar is drawn against Yemen, Iraq and the UAE. Holder Oman is in Group B where it will be joined by Saudi Arabia, ten-time winners Kuwait and Bahrain in the group stages.

Welcoming the participation of Saudi Arabia, Bahrain and UAE, the Gulf Cup Football Federation (GCFF) said in a statement: ‘[The tournament] has underlined its ability to overcome the challenges and obstacles under the circumstances the region is undergoing. The Gulf Cup remains a constant affirmation that our Gulf is one.’

‘Welcome to Qatar,’ the Qatar Football Association (QFA) tweeted on Monday along with a heart emoji and a welcome video of the UAE team arriving in Doha. Despite a ban on direct travel, Jassim al Rumaihi, the secretary-general of the GCFF, said that ‘Qatar will make the necessary arrangements’ to ensure that fans from the blockading nations can also attend the matches.

Qatar’s national team was forced to play without travelling supporters during the Asian Cup in the UAE at the start of the year. Qatar is hosting the Gulf Cup for the fourth time and will be gunning for its fourth title, and a grand double to add to its historic AFC Asian Cup title it won in the UAE in February.

Qatar’s previous triumphs came in 1992, 2004 and 2014, and is undoubtedly the strongest contenders among eight teams to lift the title. Erwin Koeman’s Oman, which reached Doha on Saturday, had intensive training sessions and is all geared up for the opener against Bahrain.

Sheikh Salim al Wahaibi, the Oman Football Association (OFA) president, who accompanied the team on Saturday, said ‘exciting battles are in store ahead’ and ‘it is a tournament that every team wants to win and give their best.’ Saadi to attend opening ceremony H E Sheikh Saad al Saadi, the Minister of Sports Affairs, will attend the opening ceremony of the Gulf Cup on Tuesday and send his good wishes to the Red Warriors and the other participating nations ahead of his departure on Monday.

In a press statement, H E Saadi said that the ‘Gulf Cup was an important sports event of the region that is keenly awaited by football fans of all the participating nations’. He added, “The Gulf Cup has helped raise the standards of the game in the region and we have teams from the region now among the best in the continent.”

UAE to miss Omar Abdulrahman UAE’s key midfielder Omar Abdul Rahman has been rested from the 24-man squad that arrived in Doha on Monday for the Gulf Cup. Dutch coach Bert van Marwijk’s squad was announced on Sunda, with the team flying out on a private jet early on Monday.

Al Jazira Club’s Abdul Rahman captained the UAE recently but misses out as the coach and the national federation decided that he should continue rehabilitation for his injuries in Barcelona, from where he had recently joined the team camp for its training sessions in Dubai last week.

UAE, which won the title twice in 2007 and 2013, begins its campaign against Yemen at the Abdullah bin Khalifa Stadium on Tuesday. The match kicks off at 10.30pm, Oman time.