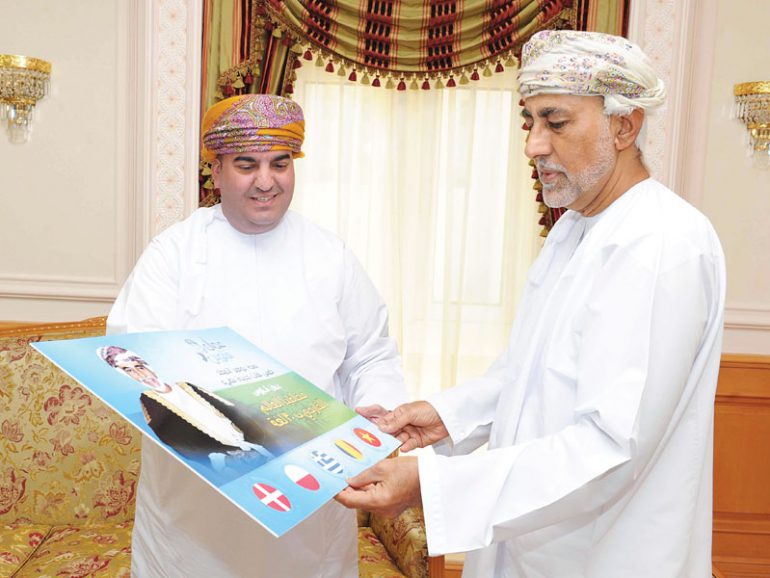 After 12 years, Oman Qaboos Website, which is dedicated to showcase to the world the great personality of His Majesty Sultan Qaboos bin Said, will now publish its content in 35 languages.

Hamoud al Azri, general supervisor of the website, said that he is glad to introduce the feature during the 49th National Day and listed some of the initiatives introduced by the portal.

“In celebration of Omani Women’s Day, we launched this initiative last month, which will act as an electronic reference documenting the achievements of Omani women since the beginning of the Blessed Renaissance. We are looking forward to presenting names of thousands of Omani women.

“We are proud of their achievements and participation in the progress of different sectors and fields such as education, health, media and others. Our heartfelt thanks go to Dr Raia bint Salem al Manzariya, who guided us while choosing the initiative title according to the status of Omani women,” said Azri.

Glorious November around the world

In its sixth edition, Oman Qaboos portal also announced the launch of the international initiative by supporting many of the Omani embassies accredited to the sultanate by calling upon different people to express their love and dedication to His Majesty the Sultan. H E Ahmed al Shihi, Minister of Regional Municipalities and Water Resources, inaugurated and launched the initiative.

“Every year, we work hard with a good number of foreign ambassadors accredited to the sultanate to get their greetings to His Majesty the Sultan and Omani people on the occasion of the National Day. The greetings were published last week locally and in their countries with their support,” said Azri.

Azri also announced that the new design of the project is ready and the process of translation is going on perfectly.

The website also annually highlights the works of the Gulf Cooperation Council Summit which is being held for the seventh year. The site administration this year too will publish the findings of the summit that will be held in the United Arab Emirates. “This is considered as a clear message from the loyal and faithful sons of Oman that the GCC will remain undaunted and its great progress will be safe and secure,” said Azri.

Oman Qaboos website will also publish an electronic bulletin every three months to keep up with the technological developments that have become an influential factor in the technical field. “The bulletin will help those who are wishing to be closely informed about the personality of His Majesty the Sultan and the achievements of our beloved country. It will also include the scientific chairs of His Majesty the Sultan and other achievements, to be translated later to more than one language.”

The conclusion of the Glorious November initiative around the world will be announced by the end of next December. The initiative has received thousands of congratulatory messages from all over the world, including 39,000 messages commending His Majesty the Sultan.

Oman Qaboos portal has received worldwide acclaim at the level of kings and presidents of the world.