Father of Omani geology passes away in Scotland 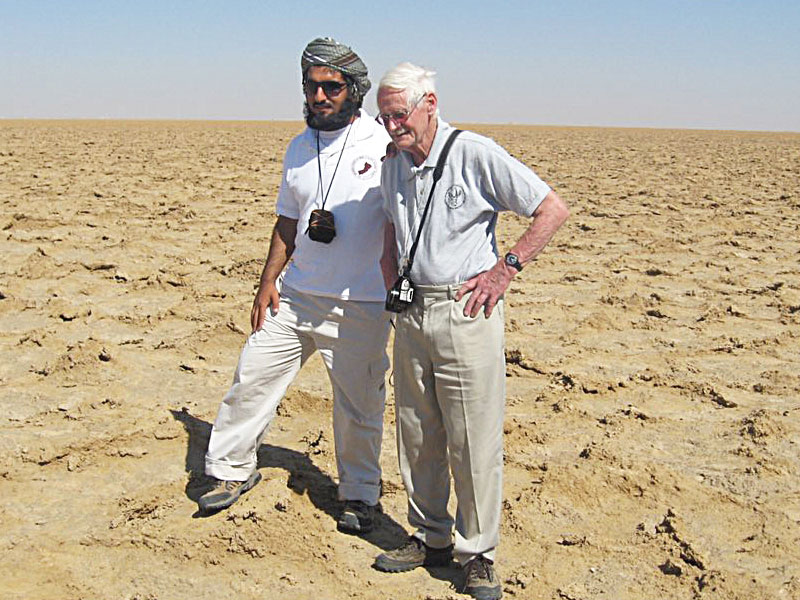 Muscat – Fondly remembered as the father of Omani geology, Prof Kenneth William Glennie, 95, passed away on Saturday in Scotland. He is credited with being the first to survey the mountains of northern Oman in the 1960s.

Author of The Geology of the Oman Mountains – An Outline of their Origin, Prof Glennie and his team were the first to survey the mountains of northern Oman extensively in the 1960s, Omani geologist, Dr Mohamed Hilal al Kindi, told Muscat Daily.

Dr Kindi said, “Prof Glennie, is known as the father of Omani geology. He wrote about five books on the geology of Oman. I worked with him in many locations in Oman and benefitted from him greatly. Professor left us a wonderful archive of photographs.

He took them between 1965 and 1968. “These pictures were clicked immediately after the discovery of oil in Oman. From the archive of his photographs, we can see how many villages in Oman looked like before the Blessed Renaissance.

“Some of the pictures taken were from the old villages of Izki, Birkat al Mouz, Jebel Akhdar and the labour camp in Azaiba,” said Dr Kindi. During his 33-year career with Shell, (which ended in 1987) Prof Ken Glennie straddled the world.

He began, in 1954, in New Zealand, then he was sent to the Canadian Arctic and Rocky Mountains for three years’ fieldwork, developing the skills of large-scale helicopter-based mapping. Prof Glennie undertook the famous wide-ranging study of ancient and modern desert sedimentary environments, visiting Libya, India, and SE Arabia as well as the UK and Germany.  After this, a major project in the Oman mountains followed.

That work had far-reaching implications for the tectonic understanding of the Middle East, and of similar fold belts elsewhere. During the late 1960’s, Prof Glennie spent couple of years leading a team geologically mapping the Oman mountains containing the largest and best exposed ophiolites in the world.  Initially, his team worked on the ground from Land Rovers, slowly traversing the mountains.

At the end of the first season, he went back to Shell and suggested that at the rate they were going it would take another four or five years to complete, but if they gave him a helicopter, he’d map the whole area within six months.  Shell agreed, the maps were published with text and illustrations by the Geological Society of The Netherlands in 1974 and are still being used in Oman today.