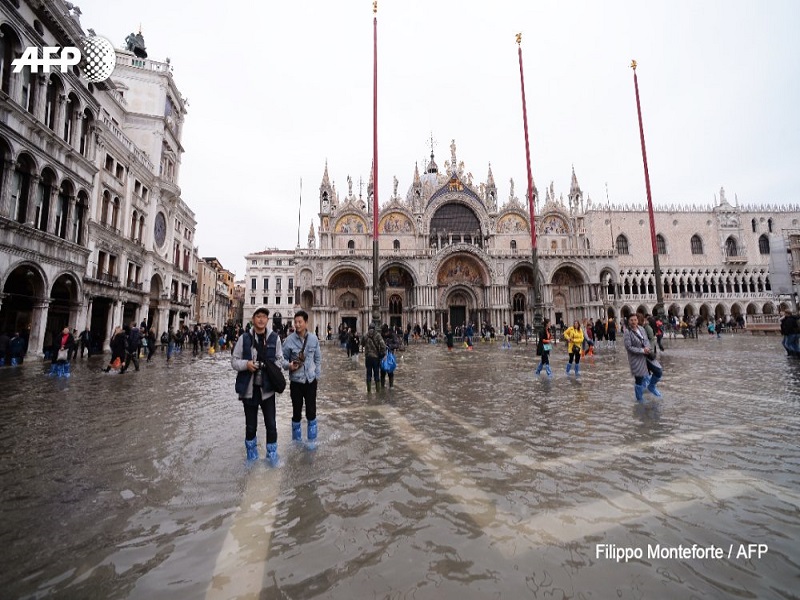 Venice (AFP) – Venice was braced Sunday for an unprecedented third major flooding in less than a week, with sea water due to swamp the already devastated historic city where authorities have declared a state of emergency.

The city forecast “acqua alta”, or high water, of 160 centimetres (over five feet) for just after midday, lower than Tuesday’s 187 centimetres — the highest level in half a century — but still dangerous.

The renewed threat from exceptionally intense high tides came after a brief respite on Saturday with visitors seen wading through a reopened St Mark’s Square.

The top tourist site had been shut for several hours on Friday as strong storms and winds battered the region, leaving it submerged by sea surges.

Churches, shops and homes have also been inundated in the city, a UNESCO World Heritage site.

Among the crowd gathered around the ornate basilica in bright shoe covers and plastic boots on Saturday were members of the Italian football team, who travelled to Venice on Saturday to show solidarity with the stricken city.

“On behalf of the whole team, we stand close to the city of Venice,” said Italy goalkeeper Gianluigi Donnarumma.

“Venice will overcome this too. Like an athlete who suffers a serious injury and then gets up again,” said delegation chief and former Azzurri international Gianluca Vialli.

The crisis has prompted the government to release 20 million euros ($22 million) in funds to tackle the devastation.

Culture Minister Dario Franceschini has warned the task of repairing the city, where more than 50 churches have suffered damage, will be huge.

And Mayor Luigi Brugnaro said the floods had “destroyed Venice” after the second major flooding of around 160 centimetres hit on Friday.

Residents whose houses have been hit are eligible for up to 5,000 euros in immediate government aid, while restaurant and shop owners can receive up to 20,000 euros and apply for more later.

Most of the city’s cash machines were no longer working because of the water, making life even more difficult for tourists and Venetians.

Despite being used to the inconvenience of their city’s rising waters, some inhabitants expressed frustration.

“All the stock in the basement is lost,” lamented Luciano, a worker at a shop along St. Mark’s Square.

He said he remembered well the infamous “acqua alta” of 1966, when the water rose to a level of 1.94 metres, the highest since records began in 1923.

“These so frequent high waters have never happened before… this time there’s so much more damage than in the past,” he said.

Hotels reported cancelled reservations, some as far ahead as December, following the widespread diffusion of images of Venice underwater.

Many, including Venice’s mayor, have blamed the disaster on global warming and warned that the country prone to natural disasters must wake up to the risks posed by ever more volatile seasons.

The Serenissima, as the floating city is called, is home to 50,000 residents but receives 36 million visitors each year.

A massive infrastructure project called MOSE has been under way since 2003 to protect the city, but it has been plagued by cost overruns, corruption scandals and delays. 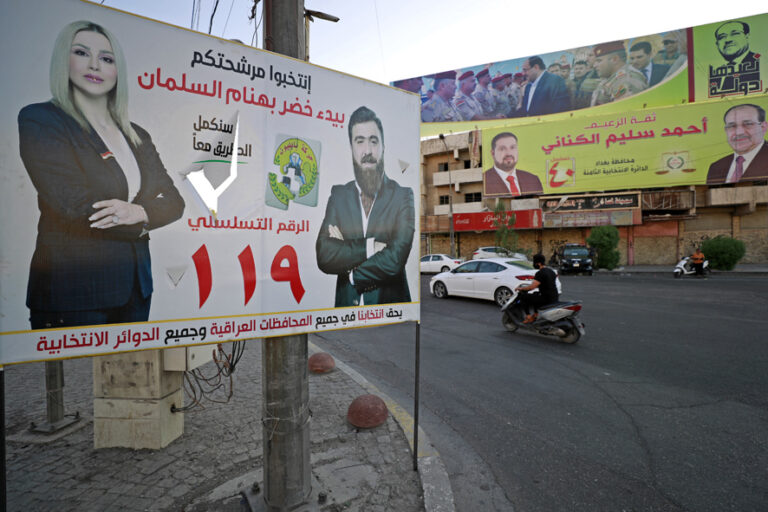 Iraq looks to October election with ‘apathy and despair’ 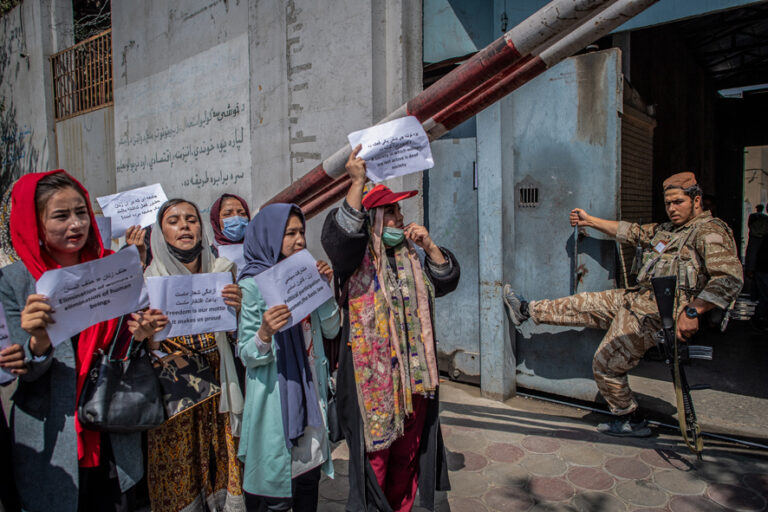 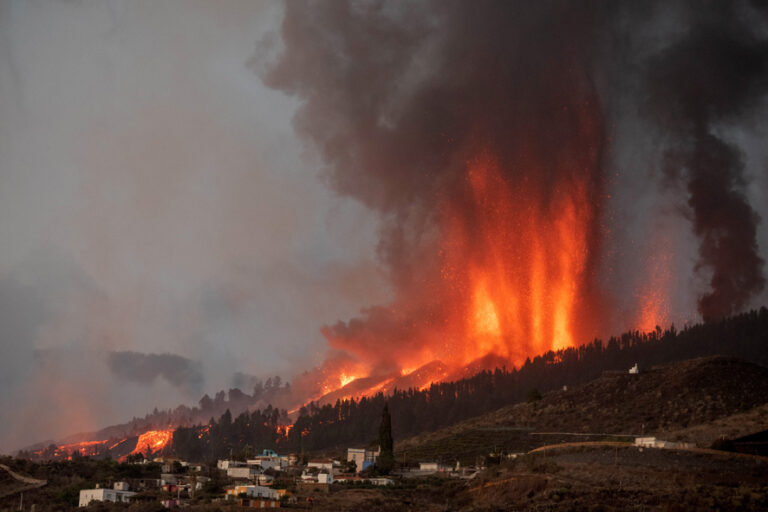