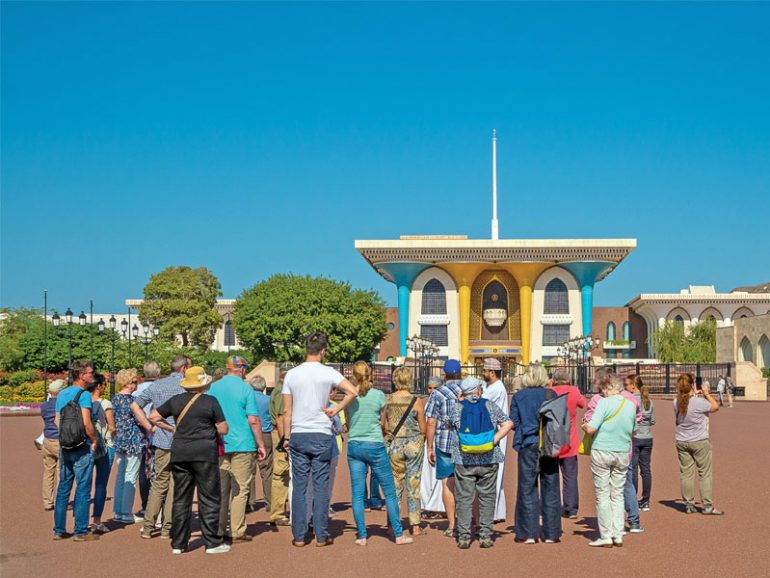 The National Geographic magazine has profiled some of the most beautiful beaches as well as the must-visit sites of the Sultanate of Oman in its November 2 issue. A total of five beaches and five sites including museums, mosques and palaces have been selected for profiling in this magazine of the National Geographic Society that chronicles exploration and adventure, as well as changes that impact life on Earth.

The must-visit sites of the oldest independent Arab country as mentioned in the article, ‘Historical masterpieces: Sites that bring Oman’s past to life’, include the National Museum, Sultan Qaboos Grand Mosque, Al Alam Palace, Nakhal Fort and Khasab.

The five most beautiful beaches the Fjords of Musandam and Telegraph Island, Masirah Island, Qurm, Tiwi beach and Mirbat have been profiled under the article titled ‘Coastal wonders: the best of Oman’s beaches’. Regarding the National Museum, the magazine’s article states, ‘Muscat is home to several museums exploring culture and military history, but the relatively new National Museum is the best stop for a comprehensive tour of Oman’s past.’

The article suggests, ‘Allow at least three hours for a visit and don’t miss the 15-minute film mapping Oman’s history, which puts the museum into context.’ Regarding the Sultan Qaboos Grand Mosque, it stated, ‘A gift to Oman marking Sultan Qaboos’s 30th year of reign, this modern Islamic mosque is one of the largest in the Middle East. Stunning both outside and inside, the mosque’s most remarkable features include a central chandelier made from Swarovski crystal, plus a Persian carpet that took four years to weave and is the second-largest hand-loomed carpet in the world.’

Khasab finds a mention in the feature. ‘The quiet port city, built in the 17th century under Portuguese rule, is worth a visit too for its castles and forts.’ Oman is also home to some of the Middle East’s best diving spots and beaches, with the opportunity to see hatching turtles, migrating birds, dolphins and even humpback whales, the magazine stated.

‘There’s a reason why Oman is known as the Norway of Arabia – the fjords of Musandam are just as spectacular as the narrow Norwegian ocean inlets that give the term its name… . The best way to experience them is via a wooden dhow cruise (a traditional Omani boat); snorkel in the pristine waters and visit the historic Telegraph Island, once home to a British telegraph station,’ the article stated.

Masirah is the country’s largest island and a great place for a luxury stay, it said.

‘Al Qurum, with Oman’s best-loved city beach which is spread out over two and a half miles, in the heart of Muscat has an abundance of good-quality shops, restaurants and hotels, as well as a Royal Opera House. Its popularity, however, doesn’t mean it’s been spoilt – Al Qurum is clean and well-maintained,’ the magazine stated in its feature. Tiwi beach, a small fishing village north of the port city of Sur, the magazine stated, is a trekking paradise.

‘Tiwi is flanked by two of Oman’s most popular wadis or canyons, both perfect for trekking and are must-see attractions combining narrow turquoise waters with steep sandstone cliffs.’