Habsi to start as confident Oman takes on Bangladesh 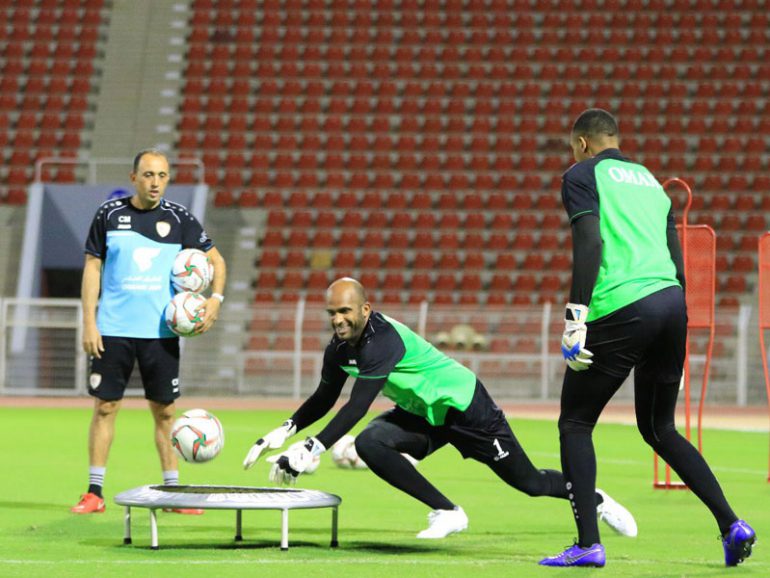 It has been almost a year since Oman’s goalkeeping star Ali al Habsi last played for the national team. He is set to make his return to the playing XI on Thursday, when Erwin Koeman’s Red Warriors take on Bangladesh in the 2022 FIFA World Cup and 2023 Asian Cup Qualifier at the Sultan Qaboos Sports Complex (SQSC). The Group E qualifier begins at 7pm.

Oman’s Dutch coach Koeman will hope that Habsi and his team makes a winning return after suffering its first defeat of the campaign against hosts Qatar last month.

Asian champion Qatar leads the group with ten points and its nearest challenger is Oman with six points as the campaign reaches the midway mark. Afghanistan has three while India has two with Bangladesh at the bottom with one point.

With Qatar not in action during matchday five on Thursday, Koeman’s side can narrow the gap at the top with a victory against the visitors.

Oman, ranked 84th in the world, had begun its campaign on a positive note despite a hard-fought away game in India with a 2-1 result to collect three points.

Its second qualifier was an easy outing at home as it romped to a 3-0 triumph against Afghanistan, but then came its first defeat against hosts Qatar, which won 2-1.

Against Bangladesh, Oman will miss the services of its experienced midfielder Raeed Ibrahim Saleh, who got injured during the match against Qatar. In all likelihood, Koeman may field young Zahir al Aghbari of Seeb Club in the midfield along with Ahmed Mubarak ‘Kanu’, in-form Al Monther al Alawi and Harib al Saadi.

With Oman taking on India on Tuesday (November 19) at the same venue and little recovery time in between the back-to-back games, the playing XI on Thursday may witness few changes to the team that played against Qatar and Afghanistan.

At the press conference on?Wednesday, Koeman said, “I am confident we can pick up the three points at stake tomorrow. Bangladesh had a good game against India and we respect  them. It is all about how a team performs on a given day and I have full trust in my boys.”

Habsi, who was also present at the press meet said, “Our aim is to qualify for the next round and to achieve that we have to play very well. We are ready for tomorrow’s [Thursday] match.”

Bangladesh is the group’s lowest-ranked team (FIFA rank 184) but it caused an upset by playing a 1-1 draw against hosts India in Kolkata. Despite its two defeats in three matches, Bangladesh’s performances has been promising and the margins were narrow in its two losses.

Bangladesh lost 0-1 to Afghanistan in Dushanbe and 0-2 to Qatar at home last month, before the draw against India. Coach Jamie Day of England said that he had a ‘game plan’ to tackle Oman and hoped his players can execute it perfectly.

Elsewhere,  India faces Afghanistan in Dushanbe looking for its first win in the group.