Use of sheesha in beaches, parks and festivals banned 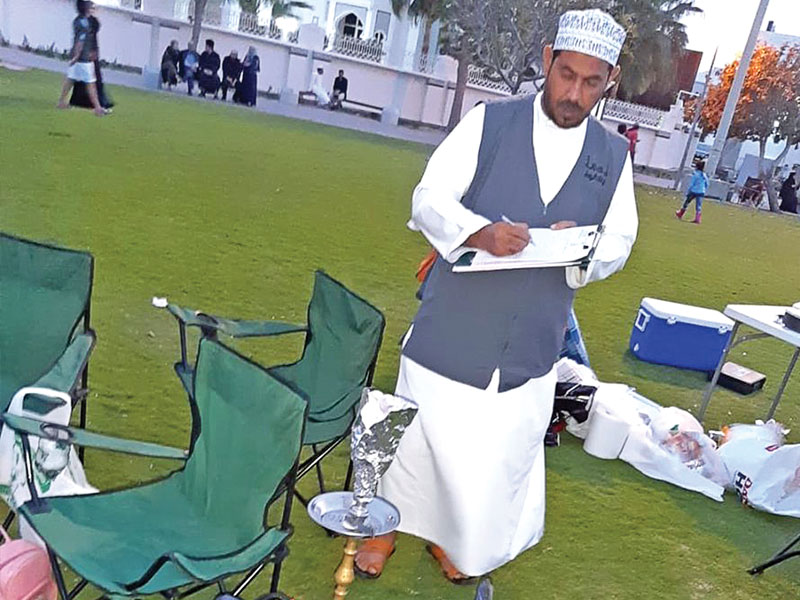 Muscat Municipality has banned the use of sheesha in public places such as beaches, parks and festivals. The new order has been enforced to safeguard public health. The Local Order No 219/2019 was issued by H E Eng Isam bin Saud al Zadjali, chairman, Muscat Municipality, on October 22. The decision came into force from the next day of its publication.

The order stipulates several other regulations on the operation and maintenance of sheesha cafés.

‘Sheesha cafés must be at least 150m away from residential areas as well as government, educational, health and religious buildings.

‘Only hotels in the three-star or higher category are allowed to obtain a permit for sheesha. These hotels must ensure that restaurants offering the product must not be located at the main entrance and should have a separate entrance from outside the hotel.

‘Water used for sheesha must be changed regularly and the tobacco used must be preserved in airtight containers and stored at temperatures specified by the manufacturer,’ the order states.

The regulatory order also prohibits sheesha cafés against conducting concerts or placing advertisement boards. ‘It is allowed to serve food with sheesha only as per the approval of the health authorities.’

A  three-year grace period has been given to restaurants in order to comply with the new regulations.

The civic body has also issued a decision regulating the street vending businesses. ‘Mishkak vendors must set up their carts at least 200m away from residential areas as well as governmental, education, health and religious buildings.’ The decision also lists specific sites where the street vendors and mobile cafés can trade.

‘It is prohibited to advertise health clubs as physical therapy centres or sell proteins and stimulants. All oils and creams used shall be in conformity with the club’s standards. The staff should offer services for the genders specified in the municipal licence. Those under 18 years are prohibited from availing the service. Security cameras should be installed at receptions as per ROP’s requirements.’