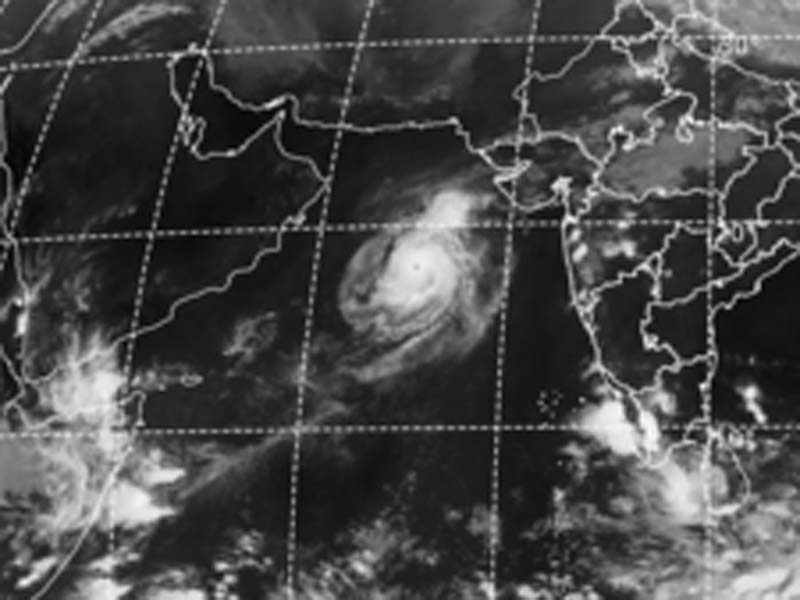 The cyclone will spare Oman as it is expected to move towards the country till Monday but re-curve on Tuesday and move east-northeastwards towards the western Indian state of Gujarat and weaken gradually.

NMHEWC analysis indicated that Maha was located at longitude 65.8°E and latitude 17.7°N on Sunday with wind speed of 65 knots around the centre. ‘The eye of Maha is about 850km away from the nearest point of the sultanate coast (Ras Madrakah). Its direction is expected to change northeastward towards the Indian coast in the next 48 hours. As a result, no direct impact is expected over the sultanate during the next four days,’ it stated.

‘It is very likely to move west-northwestwards slowly till November 4, re-curve east-northeastwards and move rapidly thereafter and weaken gradually from November 5 onwards. It is very likely to cross Gujarat coast between Diu and Dwarka as a severe cyclonic storm with a maximum sustained wind speed of 100-110kmph gusting to 120kmph around midnight of November 6/early hours of November 7.’

Under the influence of cyclone Maha and its likely interaction with westerly trough, heavy to very heavy rainfall at isolated places is very likely over the Gujarat region and Saurashtra coasts on November 6 and 7 and isolated heavy showers likely over Jammu & Kashmir, Himachal Pradesh, Punjab and west Madhya Pradesh on November 7, IMD stated.

NMHEWC said that it continues to monitor all updates of the tropical weather condition and PACA advised the public to follow its latest weather reports.